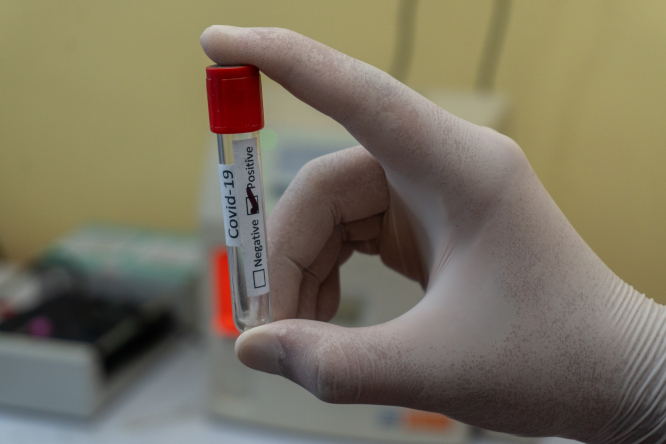 Covid is ‘three times more deadly’ than flu, the study found, as a new test is set to tell the illnesses apart from a single swab
By Hannah Thompson

Covid-19 is three times more deadly than winter flu, a study of almost 136,000 hospitalised patients in France has found, as a new test is set to enter the market to distinguish Covid from flu.

The study by the CHU hospital in Dijon, Côte-d'Or; and the medical research institute Inserm, studied 90,000 Covid patients and almost 46,000 patients hospitalised because of flu in France. The study was published in medical journal The Lancet.

This equates to a 16.9% mortality for Covid, and 5.8% for flu. The numbers were the same also when taking into account other factors, such as the different ages of patients.

One researcher in the study, Dr. Catherine Quantin, told news source Les Echos: “We saw twice as many people hospitalised due to Covid in a much shorter period, two months rather than three months. [This is despite] France seeing the worst flu season of the past five years in 2018-2019.”

The study also noticed a high level of mortality among younger patients, and even some children.

Yet, this part of the study was based on lower numbers of patients, so the authors said that more work was needed on this aspect.

Dr. Quantin said: “Someone without pre-existing conditions can present with complicated issues [with Covid], which is rarer for flu.”

Another researcher and author of the study, Professor Lionel Piroth, was careful to explain the limitations of the study overall.

He said: “This study only concerns patients hospitalised due to Covid and flu, and does not allow direct comparison between the two illnesses. Several factors could have made the mortality level vary.

“On the one hand, hospitals were overwhelmed during the first wave of coronavirus, which means that some patients were not able to be sent to intensive care. This lack of care undoubtedly caused Covid death rates to climb.

“But on the other hand, these figures only take into account deaths recorded in hospitals, and not those from elderly care homes or people’s houses, so the two effects could make up for it, more or less.”

Yet, Professor Piroth did conclude that the study “offers strong arguments for effective treatments and preventative measures”, while Dr. Quantin said that it showed that we “must take into account the gravity of the illness on older people of course, but also younger people with no pre-existing conditions”.

The death rates counted during the second wave also point to the danger of Covid, the researchers said.

The results come as new tests designed to distinguish Covid from flu are set to enter the market soon, pending confirmation that they will be reimbursed by l’Assurance maladie.

The symptoms of Covid and flu can be similar, especially at the beginning of the illnesses, so the new tests are intended to make diagnosis easier and quicker.

The tests are set to be able to diagnose several illnesses using the same PCR swab.

The French lab bioMérieux has this week announced it has received the CE mark for its test, which will be able to detect the SARS-CoV-2 virus (which causes Covid-19) and the A and B flu types, as well as other respiratory issues found in children and in older people.

The CE mark is required to allow the lab to commercialise the test, and means that it will likely soon be available in Europe and other countries that recognise the mark.

François Lacoste, director of research and development at bioMérieux, told news source Le Parisien: “The symptoms of the infection due to respiratory viruses are often similar, but the care for patients can be very different.

“[That is why it is so important] to quickly identify other pathogens related to respiratory illnesses, so we can adapt the care plan and limit the spread of these viruses.”

He told Les Echos that the test could be used in both hospital labs and those in towns.