Dozens of 5G antennas vandalised in France during lockdown 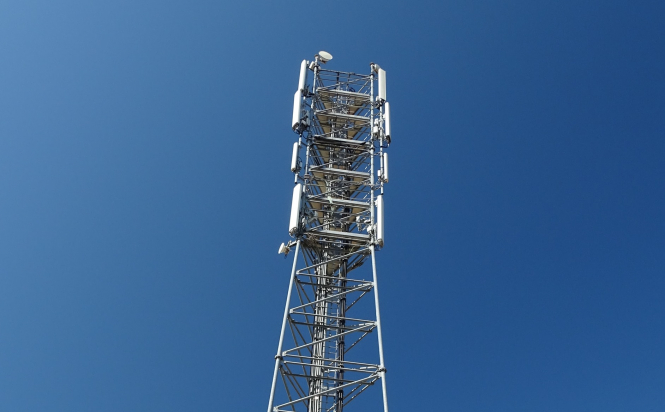 The 5G network promises faster connection speed and an "upgrade" to existing networks, but it is controversial.
By Connexion journalist

Many 5G antennas have been damaged across the country during confinement, as some theories suggested that the new network was in some way related to Covid-19 - although a European study published in May this year in the Journal of Medical Internet Research condemned these theories as “misinformation”.

The antennas are often burned or hit, to stop them from working.

Now, four more have been damaged in the southern city of Toulouse, with judicial police chief at union SCSI-CFDT, Christophe Miette, explaining that much of the damage appeared to be perpetrated by anarchist groups.

He told news source FranceInfo: “Their demands are very general. It’s just anti-capitalism...against forms of communication, by groups that are against society, and aim to destabilise it.”

The groups’ aim appears to be to cause chaos. Damage to the antennas can knock out mobile connectivity, television, and telephone signal for many users - and require costly repairs by communications firms.

Police have said that at the end of March - as confinement began - calls to destroy antennas across the country were posted on ultra left-wing, anarchist websites.

In three months, around 50 antennas have been damaged across the country, with almost one vandalism report per day during confinement.

The secrecy surrounding the perpetrators makes it difficult to catch and identify them, police have said.

Olivier Cahn, professor of penal rights and specialist in studying political violence, said: “By definition, 5G is a technology that provokes reluctance from groups with different interests, whether environmental, or groups that want to attack State communication.”

5G, a new mobile phone network - which, as its title suggests, represents an “upgrade” to the current 3G and 4G systems - has provoked much consternation and conspiracy theories among certain groups.

Some ecological groups have reported alleged damage to the local environment surrounding new antennas, and others have warned that the new technology may prove dangerous to human health.

Read more: My health under fire from electro waves

No studies have yet conclusively proven that 5G is dangerous.

Research by the World Health Organisation (WHO) said that while “it is important to recognize the plight of people suffering from...symptoms of ‘electromagnetic hypersensitivity’...from all evidence accumulated so far, no adverse short- or long-term health effects have been shown to occur from the radiofrequency (RF) signals produced by base stations.

“Since wireless networks produce generally lower RF signals than base stations, no adverse health effects are expected from exposure to them.”

However protests against the new technology have taken place across France, including recently in Chèvremont (Territoire de Belfort, Bourgogne-Franche-Comté).

Telecoms group la Fédération Française des Télécoms (FFT) has condemned the vandalism against antennas, while acknowledging that some people have reservations over the introduction of 5G, and saying it is open to dialogue.

Didier Casas, FFT administrator, told FranceInfo: “We must reintroduce reason, science, listening, education - and that is what we would like. We want there to be a debate across the country about this technology.

National health agency Anses (l'Agence Nationale de Sécurité Sanitaire de l'Alimentation, de l'Environnement et du Travail) has announced that it will run an evaluation of the possible health risks of 5G, with results set to be released by the end of 2021.

Pitfalls ‘ignored’ in rush to launch 5G in France