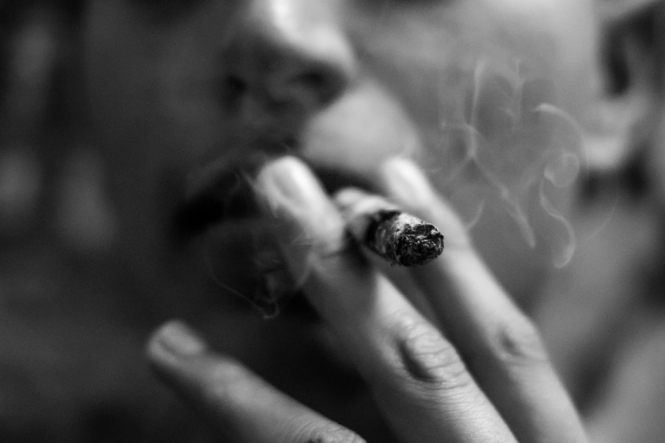 Being caught smoking cannabis, as well as taking other drugs, will now incur a fine of €150-400, depending on payment time
By Connexion journalist

The rule is expected to apply in Rennes, as well as the towns of Reims, and Créteil, from now until the end of the year, or by early 2020 at the latest.

Authorities in Rennes have said they see the fining scheme as a “tool” to increase “accountability among users and bring them face to face with their responsibilities”.

The idea was first voted through by the Assemblée Nationale on November 23, 2018, and was confirmed this week by public prosecutor Philippe Astruc, along with Rennes mayor Nathalie Appéré, and prefect, Michèle Kirry.

Anyone caught doing drugs - especially smoking cannabis, but also taking other drugs such as cocaine - will automatically be fined €200. The amount can be reduced to €150, or increased to as much as €450, depending on how quickly it is paid.

Offenders will also have a criminal record. Authorities are aiming for this new blanket rule to help ease the workload in local courts, which are “crumbling” under too many petty drugs cases, the city said. It will also help to “enforce effective application of the law”.

Public prosecutor Mr Astruc said: “The fight against drugs has so far essentially focused on supply. This tool will now allow us to attack demand, to [increase] accountability among users and bring them face to face with their responsibilities. Because it is the clients that fund these mafia-style businesses.”

Smoking a cannabis cigarette or taking other drugs such as cocaine has always been illegal, but sanctions can vary in practice from department to department.

In some, offenders may receive a verbal warning only, but offenders elsewhere may be required to take a drug awareness course, or pay a large fine.