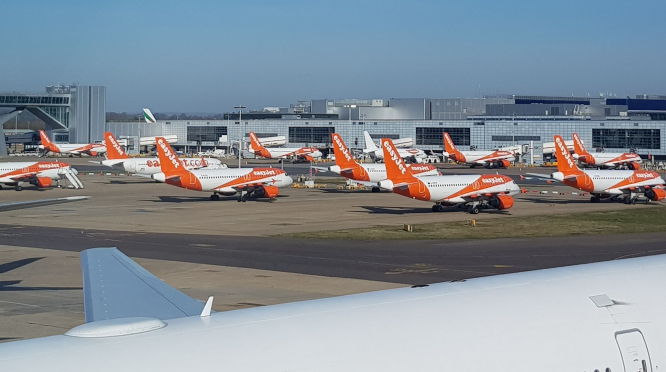 Budget airline easyJet expects to operate only 20% of its normal flight schedule for the rest of the year, as lockdowns in France, the UK and Germany hit its plans.

The airline announced it was scaling back its operations - weeks after it revealed it would cut capacity to 25% for the remainder of 2020 - after residents in England were banned from holidaying abroad during the current lockdown, which lasts until December 2.

But it said it will retain the flexibility to ramp capacity up quickly once it sees a return in demand.

In a statement, it said: "We remain focused on cash generative flying over the winter season in order to minimise losses ... and retain the flexibility to ramp capacity back up quickly when we see demand return.”

Easyjet has already mothballed its base and cut flights at Toulouse until April, but said "Flights offered by easyJet to Toulouse this winter will come from other easyJet bases," it said.

It is currently flying only to Charles de Gaulle, Orly, London-Gatwick, Lyon, Basel, Lille and Nice from Toulouse. From next month, additional routes to Nantes and Porto will be added.

Passengers whose flights are cancelled will be informed and offered alternative arrangements, including reimbursement, the airline said.

Rival airline Ryanair - which has also temporarily shut its Toulouse base - has said it will operate about 40% of its schedule until March, while British Airways is expected to make further reductions in services over the next month, as it suspends operations at Gatwick and operates a skeleton service in the immediate future.