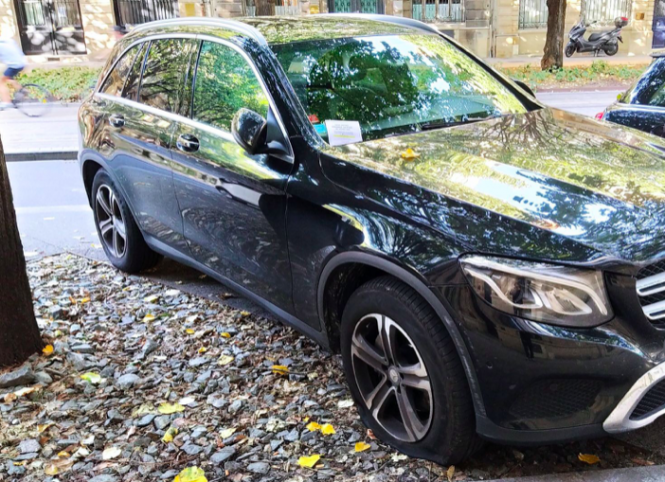 Extinction Rebellion was keen to point out that the group did puncture SUV tyres, but simply deflated them
By Joanna York

Environmental protestors Extinction Rebellion deflated the tyres of 220 SUV vehicles in Bordeaux in one evening, to denounce the amount of pollution the vehicles create.

The protest, which took place on Friday, October 16, comes after a recent report from NGO WWF France, which claimed that SUVs have a "crushing" impact on French climate goals.

“We also left a leaflet on the windscreen of the vehicles we targeted explaining our motivation and warning drivers.”

The leaflet read: “We have deflated one of your SUV tyres. Don’t take it personally, it’s your SUV that is the polluter.”

SUVs currently account for almost 40% of all car sales in France, even though they emit on average 20% more greenhouse gases than other cars. Their rising popularity in the past decade has had a significant effect on air pollution levels in France and around the world.

A report from environmental agency l‘Agence internationale de l’énergie said: “SUVs are the second biggest contributors to a rise in global CO2 emissions since 2010, after the production of electricity.”

According to the agency, heavy industry, trucks and air travel have contributed less to the rise in CO2 emissions since 2010 than SUVs.

Charges brought against the group

Around 10 owners of the targeted vehicles sought police charges against the group. More complaints have also been registered online.

In a Tweet, Extinction Rebellion was keen to point out that the group did not cause lasting damage by puncturing the tyres, but simply deflated them.