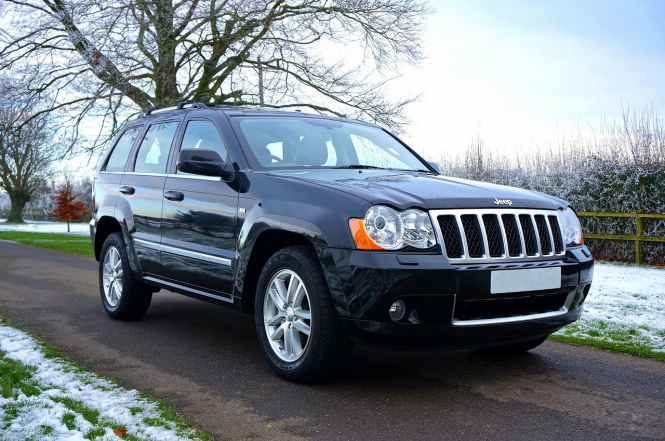 SUVs represent more than 38% of vehicle sales in France, according to WWF France
By Hannah Thompson

Vehicles such as SUVs that weigh more than 1,800 kilograms (kg) will be subject to a new tax in France after the government decided in favour of the eco-friendly measure this week.

The new tax will be part of the government’s 2021 finance law.

The idea to tax by weight, especially less eco-friendly vehicles such as SUVs, comes after a suggestion by the citizens’ Climate Convention and ecology NGO WWF France. Both have called for “the question of weight” to be considered when it comes to tax breaks and penalties for vehicles.

The citizens’ Climate Convention called for “a strong increase in fines for polluting vehicles and to introduce weight as one of the criteria to take into account”. It originally suggested a tax for any weight over the threshold of 1,400 kg.

The government has instead set the threshold at 1,800 kg.

The plans appear in contrast to the views of Economy Minister Bruno Le Maire, who in September told Les Échos: “In the current economic context, I do not wish to see any rise in taxes, and I want to protect industrial jobs, factories, and the buying power of the public.”

No tax for hybrid or electric vehicles

The tax will not be based purely on weight.

Electric vehicles and hybrid models will not be taxed, nor will “family vehicles” - such as larger vehicles that a family owns due to the size of their household - the government said, even if they weigh over the limit. It is thought that the tax will mainly be aimed at high-polluting SUVs that are primarily used by one or two people.

Isabelle Autissier, president of WWF France, had previously called on the government to factor in weight when people are buying a new vehicle.

Figures from WWF France show that SUVs represent more than 38% of vehicle sales in France. Earlier this month, the NGO denounced SUVs for their “crushing” impact on the environment.

It said that a decade of increasing SUV use in France had “weighed heavily on the French trajectory for greenhouse gas emissions”, and that “in the past 10 years, SUVs have been the second biggest contributor to a rise in French emissions”.

The NGO also claimed that SUV usage could significantly impact French attempts to reduce carbon emissions in order to meet international climate targets set out in the Paris Agreement.

But news of the new tax comes in the same week as the government confirmed that grants of €1,000 would be available, with no conditions attached, for anyone wishing to buy a second-hand electric car in France. Further aid would also be available for lower-income families.