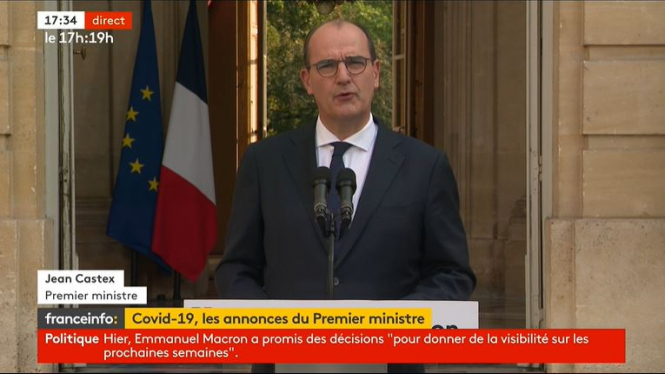 The French government has announced new measures to help tackle the increasing spread of coronavirus.

Prime Minister Jean Castex said in a speech on Friday (September 11) that: “The virus is circulating more and more in France. Even if it is circulating mostly among the young...it ends up infecting the most vulnerable.

"We are seeing a significant increase in the number of people hospitalised," he said.

The key points of his speech

There will be new dedicated testing networks for priority patients. These include people who present symptoms of coronavirus (fever, coughing, headache etc), people who have been in contact with someone who has tested positive for the virus, and anyone working in health care or elderly homes.

The period of self-isolation for people who test positive for Covid-19 will now be set at seven days rather than the current 14 days.

Mr Castex asked the prefects of Marseille, Bordeaux and Guadeloupe to make proposals “by Monday” for “additional measures”.

During the speech he suggested additional measures could include rules on wearing masks, limiting the number of people allowed to gather or new restrictions on bars and restaurants.

The government has now classified 42 departments as being in the red zone, in other words, areas where the virus is actively circulating.

The prime minister also stated that 2,000 extra people would be recruited to help contact tracing and will join national and regional health agencies.

The number of positive cases and the rate of positive tests has increased steadily in recent weeks throughout France. Regions such as Provence-Alpes-Côte d'Azur, Île-de-France and Auvergne-Rhône-Alpes have seen the most significant number of cases.

In the past 24 hours, 9,843 new cases were recorded - a daily record since widespread testing began, figures from health body Santé Publique France show.

The circulation of coronavirus is “worrying” and the government is “going to be obliged to take a number of difficult decisions in the next eight to 10 days maximum,” professor Jean-François Delfraissy said on Wednesday. He is the president of France’s Conseil Scientifique, which advises the government on matters relating to coronavirus.

Earlier today Switzerland placed nine French metropolitan regions and eight overseas regions on its list of "high-risk zones" due to the high number of cases of coronavirus.