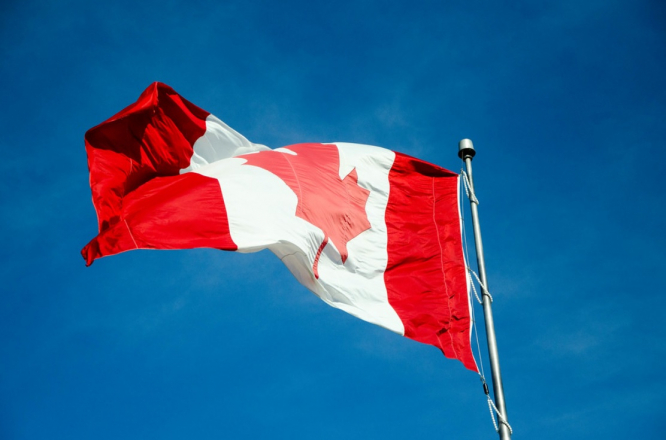 The agreement is controversial, with critics saying it could cause environmental and meat quality problems
By Connexion journalist

Known as CETA (the Comprehensive Economic and Trade Agreement, or l’Accord Économique et Commercial Global (AEGC) in French), the deal was ratified in the Assemblée Nationale on Tuesday July 23 by 266 votes to 213, and 74 abstentions.

It will now pass to the Senate, on an as-yet-unknown date.

The law has taken years to negotiate, and is already partly applied in places. Now, it will remove 98% of customs barriers on goods exchanged between Canada and the European Union.

It is controversial, with 52 LREM MPs abstaining from the vote, and nine voting against - despite their party officially stating its approval for the law.

The bill had the largest number of abstentions since February's “anti-vandalism gilets jaunes” law vote.

Former minister for ecology, Nicolas Hulot, even wrote an open letter to parliament calling on them to “have the courage to say no” over fears that the law would lower health and safety farming laws, but President Emmanuel Macron said that ratifying it would “go in the right direction”, and assured the ex-minister that he would “fight to improve [the law].”

The text was approved in the European Parliament in February, and must now be ratified by the 38 national and regional assemblies in Europe.

Canadian Prime Minister Justin Trudeau said he was “happy” about the vote in France, and confirmed that he would “continue to work with all the member states of the EU” to ensure ratification Europe-wide.

MPs in support, including Sandrine Le Feur and Erwan Balanant for Finistère, said that they had voted for the law to “push for a new generation of international agreements” that are “long-lasting and fair”.

A negative impact on meat and the environment?

Yet, critics say that the deal will have negative ecological consequences, especially as Canada is 6,000 km away from France, and the countries have different farming regulations.

Stella Dupont, MP for Maine-et-Loire, said: “Where is the ecological sense in trading over ever-greater distances [for products] that are available in our own country or in those of our neighbours?”

Valérie Oppelt, MP for Loire-Atlantique, said: “At a time when the Paris Agreement and conclusions from the IPCC show how urgent it is for us to act to protect our planet, the CETA must show more guarantees [on this issue].”

There have also been suggestions that different farming laws in Canada could cause issues, including the fear that imported meat could contain raised levels of antibiotics and growth hormones, and meat fed with animal-based meal.

Benoît Potterie, MP for Pas-de-Calais, said: “We have a troubled agricultural [industry]; we cannot ask our farmers to make quality products, and then import products that do not respect these demands.”

Christiane Lambert, president of farmers’ union FNSEA, said: “While several members of the government have said that animal-based meal is not used to feed cattle in Canada, today we have confirmation that this argument is false. Is this a state lie? I do not know.”

She added: “But using gelatine and blood to feed cattle is cannibalism.”

Yet, secretary of State Jean-Baptiste Lemoyne said: “All of the products that are not allowed in Europe, such as beef with hormones, will not come in.”

EU law states that it “forbids chemical substances given without medical need to animals in good health”, including growth hormones “taking into account the relative doubts over their secondary effects on human health”.

Yet, the CETA will continue to forbid any meat treated with anabolic hormones.

Antibiotics used to help speed up cattle growth have been banned in the EU since 1996, over concerns that eating the meat would heighten human antibiotic resistance.

The drugs are allowed in Canada, but only under prescription.

According to the CETA independent commission, antibiotics in Canada are “systematically used in food as a low-cost way to avoid any illnesses [in the cattle] and shorten their growth time”.

Yet, while the CETA does not refer specifically to antibiotics, the issue is already covered by another European law, which was adopted by the European Parliament in June 2018, and bans imports of antibiotic-treated meat from all countries.

But this latter law is only set to come into force in 2022, with a view to allowing countries time to set up specific farming lines for animals destined for export to the EU.

Until then, there are no rules banning the meat, as CETA does not mention it.

It has been illegal to feed cattle with meat-based meal since the BSE-CJD crisis of the 1990s.

In Canada, meal using blood, meat, and fish bone residue is permitted to be used, but the products are not allowed to be taken from animals slaughtered due to illness.

Yet, “animal meal is allowed when it comes from the carcasses of cattle in good health, that were raised for human consumption”, said Sophie Devienne, agriculturalist at AgroParisTech, speaking to MPs during a roundtable on the issue.

But, Ms Devienne said: “This agreement is disappointing, below the quality demands we should have. There is a risk of going to the lowest common denominator of EU regulations.”

CETA does not state a clear position on the issue of feed, and there are currently no European laws against importing animals fed with animal-based meal, from Canada or elsewhere - according to economist Lionel Fontagné.

An agreement on health and safety conditions on Canadian farms has been in place with the EU since 1998.

Under this, Canada must inform the EU - and vice versa - of any sanitation problems on its farms, and there are regular audits by European Commission inspectors to ensure standards are high.

A 2014 audit picked up problems of traceability of certain Canadian cattle, and systems were put in place by 2016 to help manage the issue.

Economist Mr Fontagné said: “The results were satisfactory, especially for lines including hormone-free beef and pork without [the additive] ractopamine. There were no traceability problems.”

Tests and checks are also done at the EU border - although currently hormone tests are only done on lamb and horse meat.

The CETA does not put more checks in place, and the independent commission admitted that there was a risk of not having enough checks in place to match the likely increase in Canadian-imported meat.

The commission recommended that a European Commission-led group of food and veterinary experts go to Canada to ensure the efficiency of the “no hormones or additives” programmes for meat intended for EU export. It also recommend stronger controls on hormones at EU border inspections.

According to economist Cecilia Bellora, the amount of Canadian meat exported to France remains extremely low.

By the end of 2018, 470 tonnes of Canadian meat was imported to the EU, including 354 tonnes of beef and 116 tonnes of bison. No frozen meat was exported. This represents 2.5% of the EU quotas for fresh meat, and 3.8% of those for bison. Only 14 tonnes of these was intended for France.

Ms Bellora said: “For comparison, the production of beef meat in France is 1.4 million tonnes, and 7.8 million tonnes in the EU.”

Canada will now be allowed to import up to 65,000 tonnes of beef to the EU, but the “agreement will begin with a limited amount of imports”, the independent commission said.

It warned that even a limited rise could affect meat prices in the EU and France, especially when the Canadian Dollar shows a good exchange rate to the Euro.

Overall, the commission recommended that meat labels must clearly distinguish the origin of meat used in the product, and also detail its production methods.

Its report said: “The production methods in Canada could lead to a drop in confidence among European consumers towards beef meat in general, and cause problems in the industry.”

22 hours ago
4
French farmhouse renovation: DIY tricks to get rid of rats