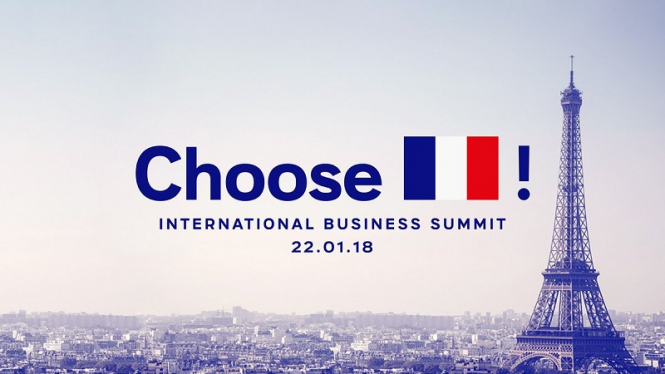 President Macron launched a campaign earlier this year for a ‘French Renaissance’ in an attempt to persuade more overseas companies to invest in the country. It appears to be bearing fruit
By Brian McCulloch

It is now in the top five countries of the AT Kearney foreign direct investment index of where foreign executives say they will consider investing in the next three years.

The index was set up 20 years ago and is considered one of the most important of its type.

France jumped two places, behind the US in top spot, Germany, Canada and the UK.

It also overtook Germany in the number of foreign direct investment projects into the country in a new attractiveness survey from EY, the accountancy firm.

AT Kearney said: “Likely contributing to this jump are an improving business environment and a recent decrease in corporate tax rates.”

Firms locating to France also cite the quality of its engineers, its position in Europe, and its attractiveness as a place to live for expats sent out to manage business.

There is also France’s generous research tax credit, the crédit d’impôt recherche – €6billion of public money given as a tax break to companies that do research.

It means France subsidises 43% of research and development costs, more than the UK at 27%, according to the OECD. Germany has no comparable subsidies.

One business which has opened in France for the first time is US web-based recruitment site Glassdoor.

John Lamphiere, head of its European operations, told Connexion: “With the unemployment rate in France at a 10-year low, and labour laws being eased with regards to hiring workers, now is the perfect time.”

He said the company first operated its website from London, before the decision to open an office here.

“We had been servicing French employers from London, so we’re really pleased to now have people on the ground. It is an important milestone for us. France is the first site we launched not in English.”

France has an excellent reputation for its engineers but has skills shortages in many areas, while maintaining a stubbornly high unemployment rate.

“It does seem an unusual paradox,” said Mr Lamphiere. “Neither of these scenarios are likely to be solved soon.

“In fact, the market is only likely to get more competitive for hard-to-find candidates, such as software engineers.

“This makes it even more important for employers to stand out in their chosen talent pool and to ensure that their open jobs are highly visible to engaged and discerning candidates.”

Japan’s Toyota, which started spending €300million updating its factory at Onnaing last year, said the attractiveness of France today is the same as when it built the factory in 2001.

“We are in the centre of Europe, with 110 million people in a 300km radius,” a spokeswoman told Connexion.

“The company strategy is to, where possible, build cars close to consumers and here we have those people as potential buyers.

“We are in the EU and in the euro-zone with all the advantages for trade that brings. The north of France has a long tradition of industrial development and car-making, with the skilled workers that go with that. We are close to Brussels, where the company’s European headquarters are.”

The spokeswoman said the Yaris car, made at the factory, was responsible for 25% of the company’s European sales.

“The new investment shows the teams who make the car the success it was that their work is valued and the company is prepared to make commitments,” she said.

It is not all plain sailing for foreign companies in France.

They are often in the political eye, and events that might lead to jobs being threatened can blow up into a storm.

Recent examples are the buy-out of Alstom’s power turbine business by America’s General Electric, which occurred just as there was a collapse in demand for power stations.

That left the company facing a huge fine for not meeting commitments on job creation that it made to the government at the time of the purchase.

German company Robert Bosch, which the French government agency Business France lists as one of the top foreign investors and which committed a further €14million investment in French factories this year, saw workers take to the streets in the spring.

They were protesting against slow-downs and possible job losses caused by the government’s U-turn on diesel cars – and demanding the company pour millions of euros into compensation projects, which are unlikely to ever make a profit.