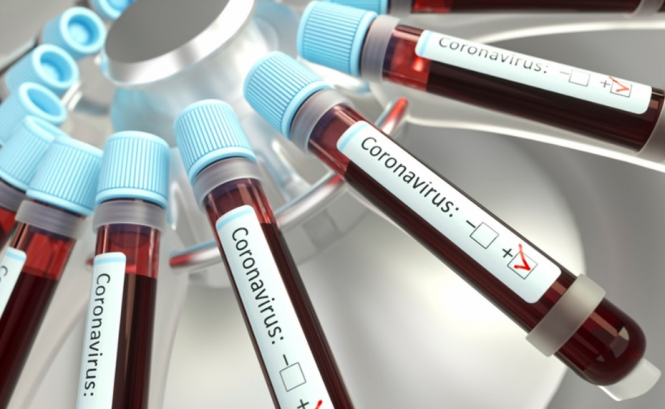 Different types of fast, automated tests are being developed for the coronavirus that causes Covid-19
By Connexion journalist

Oliver Véran said: “We are improving our test capacity and multiplying the number of tests done across the country.”

On Monday, the director general of health Jérôme Salomon announced that France was now completing 9,000 tests per day. He said the country was aiming to reach 10,000 by the end of this week, and reach as many as 29,000 by the end of next week.

Mr Véran has said he hopes that more tests will be available in “the next few weeks”, and that tests would become even more important “at the moment when confinement is lifted”.

He said: “[At this point], we must check people where there is a doubt, whether or not they did have the virus.”

Professor Salmon added: “We can think of new strategies to accompany the end of confinement. At this point we will need to be very alert to the spread of the virus.”

The comments come after WHO director general Tedros Adhanom Ghebreyesus said that lockdowns alone “will not extinguish epidemics”, and that they “only buy time”.

Speaking at a press conference in Geneva, Switzerland, he said: “Asking people to stay at home and shutting down population movement is buying time and reducing the pressure on health systems.

“But on their own, these measures will not extinguish epidemics…Aggressive measures to find, isolate, test, treat and trace are not only the best and fastest way out of extreme social and economic restrictions, they’re also the best way to prevent them.”

“We call on all countries who have introduced so-called lockdown measures, to use this time to attack the virus. You have created a second window of opportunity, the question is how will you use it?”

To slow the spread of #COVID19, many countries introduced "lockdown" measures. But on their own, these measures will not extinguish epidemics. We call on all countries to use this time to attack the #coronavirus.
You've created a 2nd window of opportunity. pic.twitter.com/jupcsdYnWm

Yet, critics have said that France lacks the capacity to mass test.

Currently, Covid-19 tests are done manually, with a long cotton-bud-type instrument inserted in the patient’s nose to pick up deep cells. These are then analysed for ribonucleic acid (RNA, a molecule close to DNA) found in Covid-19.

This type of test can only be done by a specialist lab. On March 18, Mr Véran said that only 45 labs in France had capacity for the test.

In addition, the results can take three to five hours to come back; sometimes more if the labs are in high demand.

Similarly, some labs have seen a lack of materials necessary to test.

Jean-François Delfraissy, president of the scientific council on Covid-19, said: “A certain number of products, of which some come from China and the US, are no longer arriving in sufficient quantities.”

To combat this, Professor Salomon has said that the country is focusing its efforts on developing and using more “automated” tests, which can be completed in normal analysis labs across the country. Tests are slowly being developed for Covid-19 that can be used by these machines.

Since March 16, a test by Swiss pharmaceutical company Roche Diagnostics has been authorised for use in Roche-made lab machines, dubbed Cobas. These machines can run 100 tests every three hours, equating to 1,000-1,400 tests per 24 hours - 10 times’ faster than current methods.

Similar competitors exist, including the Panther platform by US company Hologic, which is used in hospitals in Lyon and Toulouse; and even faster tests from the companies Novacyt and Eurobio Scientific. The latter can provide a result in just one hour 15 minutes.

This week, the French group bioMérieux won the right to commercialise its own rapid-testing system - dubbed Biofire Covid-19 - in the US. The test uses an automated in-vitro process, does not require a lab to work, and produces results in just 45 minutes.

While this test is made in France - in Verniolle, in the Ariège (Occitanie) - it was developed with support of the US Department of Defense, and so will be rolled out in the US first.

It is expected to be available internationally where regulations allow; this includes obtaining the CE mark from the European Union, which it must have in order to be permitted for use in France.

Another rapid test has come out of the University of Oxford in the UK, where Chinese researchers have developed a solution that can give results in just 30 minutes.

The nasal sample is divided between three jars, and reacts with a chemical that detects the DNA of the virus. If two jars turn from yellow to pink (one jar serves as the control), then the test is positive. It requires little equipment, and can be read easily.

Blood tests have been seen as easier than other Covid-19 tests as they only require a normal blood sample, and are less costly.

Blood tests do not look for the presence of the virus; rather, they detect whether there are antibodies present, which would suggest that an individual has been in contact with the virus.

As a result, the test can also detect immunity among the population, as well as people who are still sick. It has also been said that using blood tests can help predict the peak of the epidemic, by achieving a level of herd immunity that would stop the spread of the virus.

This would happen when around 60-80% of people have already been infected.

Yesterday, Mr Véran said that mass blood testing in France would be a priority after the period of confinement had ended.

Indeed, work is continuing to roll out a mass blood testing programme, according to researchers at the Institut Pasteur in Paris.

Speaking last week in newspaper Le Figaro, Marc Eloit, team leader at the Institut Pasteur, said: “We already have a prototype test that we need to check. We aim to have a solution that will allow us to produce hundreds, even thousands of tests, in a few weeks.”

The aim would be to test people around the two “cluster” areas in France, which saw the first spikes of the epidemic in February, such as in the Oise (‎Hauts-de-France).

Tests could also be done on people who are not working due to the confinement, in a bid to jumpstart the economy by allowing immune people back to work.

French researcher Isabelle Imbert told the Agence France-Presse: “If [these workers] are found to be immune, they can restart work, and the economy can start to recover.”