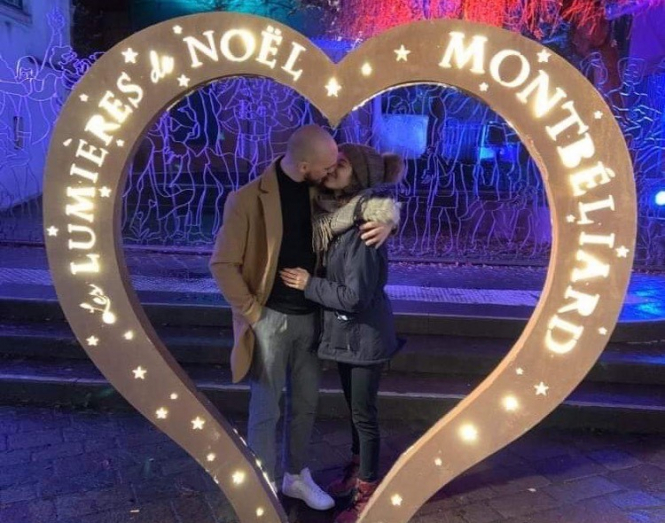 Michaël was working at a Covid-19 test centre and met Julie when she came in for a PCR nasal swab test Pic:

A young French couple who met during a Covid-19 PCR test appointment in November have now moved in together and say they have become “inseparable” since that first meeting.

In November last year, Julie, a 21-year-old nurse from Belfort (Bourgogne-Franche-Comté), was told that one of her colleagues had contracted Covid-19 and she would have to get a PCR test.

“Initially I was reluctant. The work doctor called and said that because my colleague had tested positive to Covid-19, I was a cas contact and the test was compulsory.

“I'd done one two days before and had already tested negative. All I wanted to do was get on and work.” Julie told The Connexion.

But things brightened when she arrived at the appointment in Belfort and met Mickaël, also 21, who was carrying out the tests.

"I had cried with pain the previous time. The nasal tests are so uncomfortable,” Julie said.

“Fortunately, when I arrived at the test centre in Belfort, there was this young man who made me forget my anxiety."

With his white mask, protective glasses, green cap on his head, transparent gloves and  blue coat, Mickaël was difficult to make out clearly.

Nevertheless, he made a good first impression.

“I was thinking to myself, he is going to stick a nasal swab in my nose, this is everything but romantic!”

The whole test process was supposed to last a maximum of 15 minutes, but lasted longer.

"We talked for an hour before Mickaël finally took the sample. His colleague, seeing that he had not left the cubicle, even came to make sure everything was okay!”

The pair exchanged social media contacts after the test and then met again a week later.

"We had never seen each other without a mask, I hadn't even realised he had a beard." said Julie.

Ever since the couple have been inseparable.

They recently rented their own apartment and moved in together.