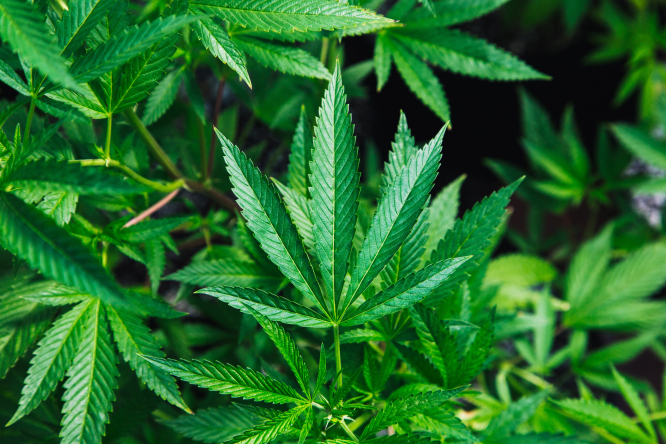 Products will include oils, tablets, and dried flowers to inhale, and will include the psychoactive component of marijuana, THC (tetrahydrocannabinol).

The trial is set to last two years, with more than 3,000 patients in France expected to be the first to receive the new drugs. Relevant conditions include severe epilepsy, nervous disorders, palliative care, multiple sclerosis, and side effects of chemotherapy.

ANSM recently confirmed that it would be open to authorising “foreign products” throughout the two-year trial, and said that it had already “auditioned” seven companies last year, before a committee of experts.

Yet, Christelle Ratignier-Carbonneil, ANSM deputy general manager, said: “If a national producer has the capacity to respond to the criteria...it could be taken on."

Already, several Canadian companies are seeking to dominate the French market as a result, including Tilray, Canopy Growth, and Aurora - according to a new report on the issue by French newspaper LeFigaro. Medical cannabis has been legal in Canada since 2001 (and recreational cannabis since 2018).

Dounia Farajallah, Tilray France director, said: “This [medical cannabis] is for illnesses that have failed treatment, for which there is no other solution.”

Yet, despite the global medical cannabis sector projected to be worth €55.8 billion by 2025 (according to researchers Grand View Research), these major companies have not been growing at the speed investors may have expected, making the French market more attractive for growth.

The Canadian market is under pressure: since August, Tilray has lost 60% of its market value, while Canopy Growth and Aurora lost 38% and 75% respectively. These companies are now seeking to establish a strong presence in France as the national trial begins.

Hélène Moore, Quebec director of Aurora’s French operation, said: “There was an over-estimation of demand, and the speed of changing legislation across the world. The trend is slow. More education is needed [on the issue].”

These companies are adamant that their operations will lead to more local investment, and bring more jobs to France - despite many of them, including Tilray, continuing production outside the country.

Ms Farajallah, of Tilray France, said: “Even though our production will remain based in Portugal, we will create jobs in France. We will need teams of medical advice doctors, medical reps, lawyers, delivery staff…”

The latter of the two is now aiming to become the European market leader. It already has a site in Portugal, and delivery operations in eight countries.

It also says that it has local knowledge and is better-placed to serve France - and bought French Corrèze-based (Nouvelle-Aquitaine) CBD specialist firm Green Leaf last June (CBD, cannabidiol, is the non-psychoactive component of the marijuana plant, in contrast to THC).

François Xavier Nottin, company director in France and Benelux, said: “We have a lower carbon footprint that our competitors, and we have real cultural understanding of the countries in which we are active.”

It may be difficult for a French company to challenge its international rivals, as the production of cannabis with high THC levels remains illegal in France.

LREM MP Emmanuelle Fontaine-Domeizel has already said that she is concerned that the country is behind the competition.

She said: “I would like us to create a ‘made in France’ branch, with farmers and producers. They must be able to make a living from their work. We understand that Canada has its eye on France to expand its market, but we want to play our own role in this.”

InVivo is hoping to launch a consortium of medical cannabis, and grow it under greenhouses. Yves Christol, director of the company’s food and tech department, said: “We want to do product development right from the start of the trial. We will then be in a position to take on the baton from imported products within two years.”

Smaller producers are also hoping to enter the market, especially in departments such as Creuse.

In April last year, Prime Minister Edouard Phillippe signed off on a plan that would aim to inject new life into the department’s employment market, including through the development of a medical cannabis operation.

Hemp producer Jouany Chatoux told Le Figaro: “We have an old military site, with an underground bunker. We are working on becoming a hub of excellence. Everything is ready, but this is becoming urgent. Ministers and ANSM are passing the buck. It’s a bit of a fudge.

“After two trial years [with international imports], we should let local producers get in on the act. Otherwise we are going to miss the market.”

French producers fear that France could go the way of Germany, where, once its own trial was finished, Canadian-based companies Aurora, Aphria and Wayland dominated the legal market.