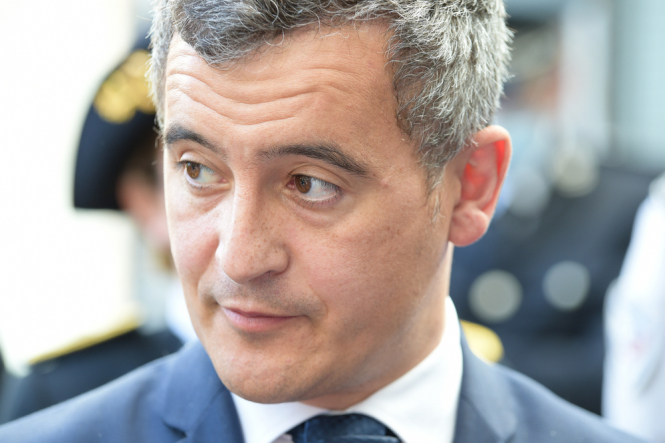 France’s interior minister Gérald Darmanin has condemned plans by the UK to turn away boats making illegal crossings to the UK Pic:

France’s interior minister has criticised his UK counterpart for plans to stem illegal Channel crossings by turning boats back to France, saying her comments were akin to blackmail.

“France will not accept any practice contrary to the law of the sea, nor any financial blackmail. Britain's commitment must be kept. I have made this clear to my counterpart,” Gérald Darmanin stated on Thursday (September 9) in a tweet directed at UK home secretary Priti Patel.

“The friendship between our two countries deserves better than posturing that undermines cooperation between our services,” he added.

Mr Darmanin met Ms Patel at a G7 meeting of ministers in London on Wednesday, where Ms Patel said that "getting results and stopping the crossings was a top priority for the British people".

She is looking into plans to use different tactics to turn away boats carrying people attempting to enter the UK from France illegally.

Ms Patel has also threatened to withhold £54 million (€62.7 million) that the UK agreed to pay France in July to help with security patrols of the coast.

The UK home office released a statement on Thursday declaring:

“Without getting into operational matters, as part of our ongoing response, we will continue to evaluate and test a range of safe and legal options to find ways of stopping small boats making this dangerous and unnecessary journey.”

In August, a record 828 illegal Channel crossings were recorded by the UK.

Professor at Kabul's American university relieved to be back in France