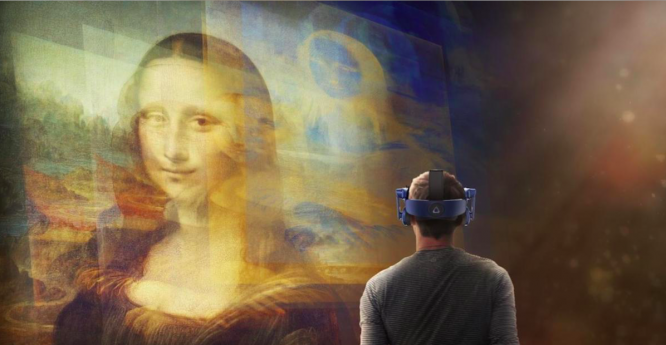 The European Night of Museums is normally an opportunity to enjoy museum collections, free visits and special events by night. But, this year, due to lockdown restrictions, the event was held digitally last weekend on Saturday, November 14.

Museum tours, Zoom discussions, tutorials for adults and kids, and podcasts were just some of the cultural events on offer from French museums, even though the buildings themselves are closed to the public due to confinement.

Many of the events are still available for free online.

Modern art at the Pompidou centre

The Pompidou Centre in Paris released a guided tour of its Martin Barré exhibition on November 14, which is still available on YouTube.

The art gallery has launched a video game Prisme7, allowing players to interact with 40 modern artworks, as well as a web series called Quèsaco, which gives two-minute explanations of different works.

Le Musée du Quai Branly in Paris has launched a three-part video series explaining the mysteries of Olmec society, an ancient civilisation that lived in what we now call Mexico.

They have also been sharing highlights of their collection online using the #BestofBranly hashtag.

A historical restoration at Versailles

The Chateau de Versailles is offering a behind-the-scenes glimpse at renovation works currently in progress in the royal chapel via a website and a YouTube web series. The project will soon reach the thousandth day of restoration works.

It also has a self-guided virtual tour, available online.

Close-up with the Mona Lisa at the Louvre

Meanwhile, at the Louvre, Paris, participants enjoyed candlelight tours around the building on Saturday night.

Since confinement, the museum has created a podcast Les enquêtes du Louvre, telling true crime stories relating to famous artworks in its collection, such as the theft of the Mona Lisa in 1911.

It is also been offering 360° virtual reality viewings of Leonardo da Vinci’s Mona Lisa, which has attracted 16,000 downloads so far.

The museum’s virtual offerings have been exceptionally successful this year, especially among overseas viewers.

Virtual tours of the museum in English have so far had 10 million views.