French ski stations report worker shortages of up to 40% 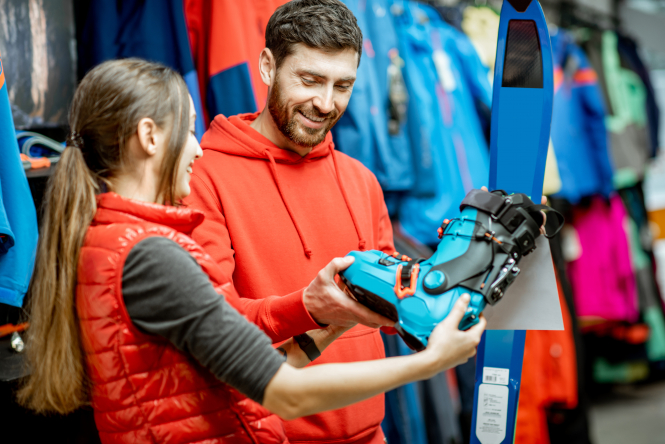 Recruiters are surprised that positions with regular hours such as shop works and ski lift operators have been difficult to fill Pic: RossHelen / Shutterstock

After being closed last year due to the health crisis, many French ski stations are planning to reopen for the winter season in the coming weeks.

However, worker shortages are currently at around 30% overall and up to 40% for customer service roles such as shop and restaurant staff, said Mr Boch, who is also mayor of La Plagne Tarentaise in Savoie.

He told FranceInfo that mayors in ski towns “are all wondering what we will need to do tomorrow to get back to full staffing in ski stations”.

He added that they were unsure why some positions were proving so difficult to fill.

“Why are traditional ski shops or ski lifts having trouble finding staff? We can’t really explain it because generally the hours are regular and the salaries are fair overall. Do we need to rethink our way of working?” he asked.

How bad is the worker shortage in France?

This comes amid wider continuing worker shortages in many key sectors in France including hospitality, transportation, and healthcare.

At the end of September Prime Minister Jean Castex said there were 300,000 unfilled positions in France listed on the Pôle Emploi website, equivalent to 10% of the total number of unemployed people.

However, this real amount of unfilled positions available could be significantly lower, according to research* from FranceInfo and recruitment site Indeed.

According to data from the site Indeed there are 750,000 posts currently available in France.

“This figure was calculated on averages in September, which have risen 20% compared with averages in 2019,” said Alexandre Judes, economist for France at Hiring Lab, a research branch of Indeed.

This would mean that of a potential 750,000 available jobs online, just 135,000 adverts are more than one month old and 37,500 are more than two months old – the rest, being relatively new, could still be going through the hiring process.

These figures are far from the 300,000 cited by the Prime Minister.

Recruitment moving faster than before the health crisis

The figures could indicate that the recruitment process in 2021 is moving faster than usual.

Some of these adverts will also have been removed by employers due to budget changes or changes in staffing needs.

According to Pôle Emploi, once these cases have been removed, the number of available listings on the site falls from 300,000 to 157,000.

In addition, many of these available listings will have had applicants but rejected them.

While these findings indicate the worker shortage is smaller than it seems, issues remain real for sectors struggling to hire.

In French ski stations, hiring teams are now working with recruitment offices to make their employment offers more tempting for workers, but Mr Boch is optimistic.

“We will get there,” he said. “By the beginning of the season, I guarantee there will be staff.”

Cost of baguettes set to rise amid flour and labour shortages

Do people in France really work less than in other countries?