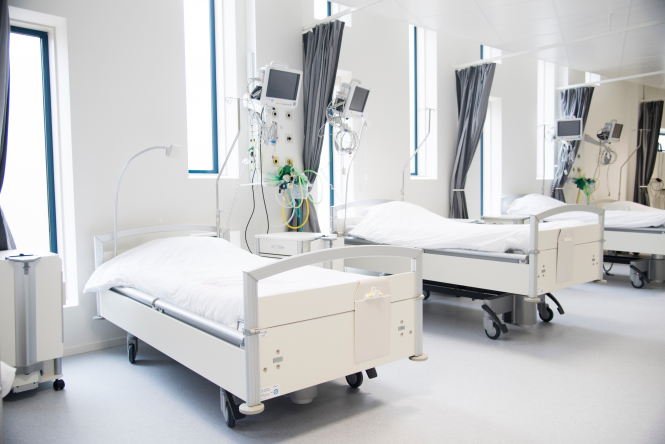 The Health Minister called for a ‘complete’ study to investigate the scale of the problem Pic: mveldhuizen / Shutterstock

A significant number of hospital beds are closed in France this autumn due to a lack of workers and difficulty recruiting new staff, Health Minister Olivier Véran said yesterday (October 27).

In an interview with Libération he said hospital staff resignations had risen significantly compared with the same 12-month period before the health crisis.

“Some healthcare workers are leaving hospitals because they are tired after 20 months of the health crisis. These departures can create difficulties for teams and [hospital] services because recruitment is difficult too,” Mr Véran said.

A study published on October 5 by the official Covid-19 advisory body le Conseil scientifique found that 20% of beds in 39 AP-HP hospitals in Paris were closed due to lack of staff, including nurses, auxiliary nurses and qualified doctors.

This is twice as many as during the same period before the health crisis.

However, Mr Véran said he was “stunned” by this figure in parliament yesterday.

He said the real number could be closer to 5% of medical beds “temporarily closed”, according to figures from a study of 16 university hospitals, and called for another study “that is as complete as possible” to get more information.

He also said there could be other reasons behind low staff numbers recorded this autumn.

“Every year in autumn there is a rate of absenteeism; people go on holiday, there could be some resignations, [and] many healthcare workers haven’t been able to take their holidays this summer and could be starting to take them now.”
It also comes as Covid cases are on the rise in several departments of France

Head of A&E says situation in hospitals is ‘tense’

However, Dr Patrick Goldstein, head of A&E in Lille university hospital described the situation as a “crisis within a crisis”.

He told Franceinfo the demand for hospital beds is the same as in December 2019, but the care currently being given in emergency wards throughout France is not “optimal” due to lack of staff.

“I have rarely been so worried,” he said. “Olivier Véran was right when he said that we would not be able to find thousands of medical workers from nowhere. We need help to stop them leaving [the profession].”

Dr Goldstein said one of the biggest factors driving people to resign was lack of work life balance. “The aspiration for quality of life at work and quality of personal life is real among young people today.

“We have to admit that people who work in hospitals today have those rights and recognise their difficult working conditions.”

Some urgent operations still being cancelled

The consequence of this shortage is that many examinations and operations are cancelled, some of which are urgent.

Earlier this month at La Timone (the biggest hospital in Marseille), six night nurses were required for a shift, but none of the six positions were filled.

"Often, it is the day team that works nights, and they are paid overtime," explains Brigitte Asciach, a health executive at La Timone.

The hospital in Marseille is not an isolated case.