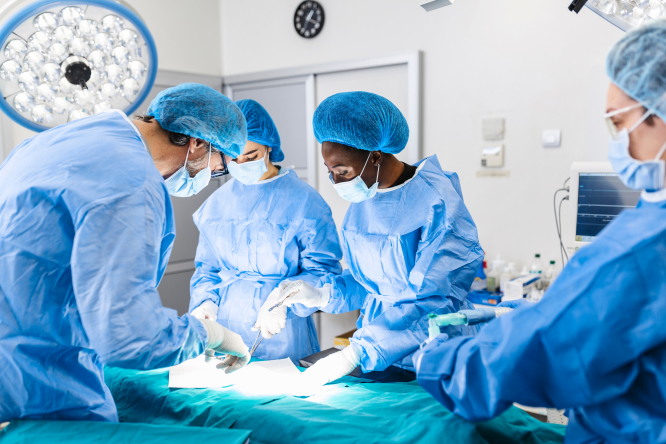 A hospital in southeast France has been forced to cancel some operations due to a lack of vaccinated staff.

From tomorrow (Wednesday, September 15) vaccination against Covid is obligatory for all healthcare workers and hospital staff in France.

At the hospital in Montélimar, Drôme, 15% of non-medical staff and 11% of medical staff remain unvaccinated, France Bleu reports.

From tomorrow unvaccinated staff members will be suspended from their jobs, without pay.

Hospital Director Michel Cohen told France Bleu: “This minority concerns certain specialists in surgical roles. We cannot replace them, so we have had to cancel the operations.

Deputy secretary of hospital workers union CGT, Elsa Ruillère, said she was concerned about the negative impact suspending staff from their jobs could have on patients.

“There will be suspensions in administration, technical and medical services. We risk causing dangerous harm to patients’ health,” she said.

At the end of July, the union called on workers to strike in protest against mandatory vaccination.

However, others have said that suspensions should go ahead and affected professionals should even consider leaving their jobs

This morning (September 14), Covid specialist and head of infectious diseases at Saint-Antoine hospital in Paris, Professor Karine Lacombe told BFMTV: “If people don’t want to get vaccinated they should change jobs.

She said being a healthcare worker meant being part of a profession that is “geared towards others and the collective. If people don’t want to act in these interests, they can change professions”.

She added: “When you work as a carer you think of others, and thinking of others means getting vaccinated so that you don’t get contaminated or contaminate other people.”

Is my operation or hospital appointment at risk of cancellation in France?

So far, only the hospital in Montélimar, Drôme, southeast France, has reported that it is cancelling procedures as a result of staff shortages due to the mandatory vaccination policy.

Despite this, most healthcare workers that are affected by the mandatory vaccination rule have complied.

This means that most staff should remain in their jobs, reducing the impact on hospital procedures in most areas.

In elderly care homes, however, the percentage of staff to have received at least one vaccination dose is at just over 88%.

As a result, some care homes have begun to report a lack of staff, including in Haute-Savoie, where around 15% of care home staff in the department have not yet been vaccinated.

Some have chosen to leave their jobs as a result of the rule, with some care homes currently struggling to recruit replacements.