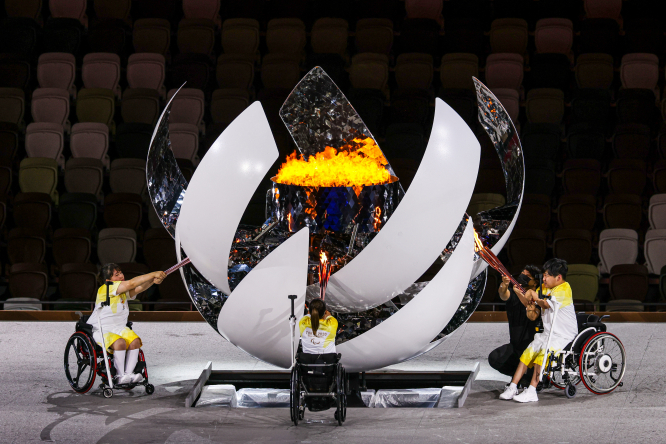 A French tetraplegic DJ has created music for the end of the Tokyo Paralympics by using his eyes only.

DJ and rapper Pone, who was born in Toulouse and now lives in Gaillac (Tarn), is known for creating music using eye navigation technology designed by the late scientist Stephen Hawking.

Pone composed the music for the closing ceremony of the Tokyo Paralympics in the same way, after being approached by the organising team for the Paralympics in Paris 2024.

He explained: “It’s a rather dance-style mix, as requested by the organisation. It is entirely original. The Olympic Games represent pushing yourself out of your comfort zone but the Paralympics are even more than that.

“These are athletes who have had to overcome a handicap. With everything that means, physically but also psychologically. And I can tell you that it’s difficult. They are quite simply heroes.”

Pone’s wife, Wahiba Gallart, said: “Already, I think that to have your music go around the world, even without an illness, is something extraordinary but in the context, it makes even more sense. We have seen the long road he has travelled to arrive here today

“It’s something that I don’t think even he would have ever imagined.”

Yet, Pone was not too worried about his music being played around the world. He said: “I am not of an anxious nature, so it’s cool.”

In 2015, he was diagnosed with Charcot-Marie-Tooth disorder (CMT), an inherited disorder also known as motor neurone disease or ALS, and is now tetraplegic, meaning he cannot move any part of his body.

In June this year, he released a ‘mini-album’, also created only with his eyes, to help raise money for people who, like him, require tracheotomy operations to survive.

15 hours ago
3
Visitor visa for France: How do we prove we own our second home?