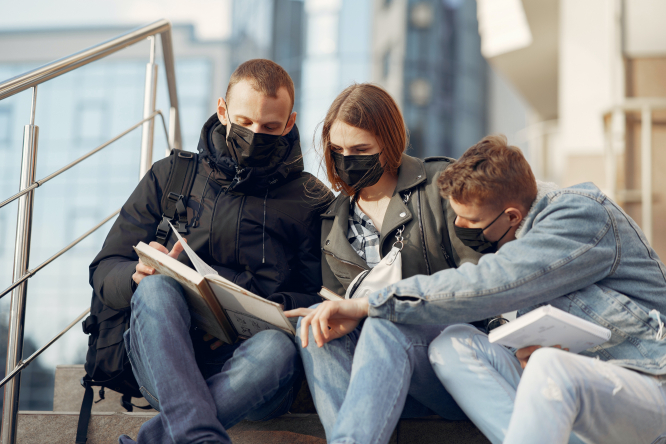 President Macron announced on January 21 that all higher education students will be able to, if they wish, return to in-person classes one day a week.
By Connexion journalist

A French MP has called for students in higher education to have first access to the AstraZeneca vaccine, which was authorised for use in the European Union on Friday (January 29).

Jean-Christophe Lagarde, who is also the president of the party Union of Democrats and Independents (UBI), has said that due to a lack of information on the efficacy of the vaccine among elderly people, it should be given as priority to France’s students.

"The first doses of AstraZeneca that we will receive should be dedicated to our 2.8 million students, to vaccinate them and enable them to resume a normal life," he said in an interview with Radio J.

“In this race against the clock, I think we need to re-liberate young people... and open the doors of the universities to them,” he said.

His comments come after French President Emmanuel Macron described the AstraZeneca vaccine as “quasi-ineffective” in people aged over 65.

"The real problem of AstraZeneca is that it doesn’t work the way we were expecting it to," President Macron told a group of reporters in Paris before the vaccine was approved by the European Medicines Agency (EMA) last Friday.

"We’re waiting for the EMA results, but today everything points to thinking it is quasi-ineffective in people older than 65, some say those 60 years or older,” he said.

The EMA stated, upon authorising the usage of the vaccine, that “there are not yet enough results in older participants (over 55 years old) to provide a figure for how well the vaccine will work in this group”.

“However, protection is expected, given that an immune response is seen in this age group and based on experience with other vaccines,” the agency stated.

President Macron announced on January 21 that all higher education students will be able to, if they wish, return to in-person classes one day a week.

“A student must have the same rights as an employee... If they need it, they must be able to return to the university one day a week,” he said.

It follows reports of many students feeling the negative psychological effects of long periods of isolation due to online classes.

A vaccination against Covid-19 is currently only publicly available to those aged over 75 or those with serious health conditions.