Debate: Will fine for users stop drug abuse in France? 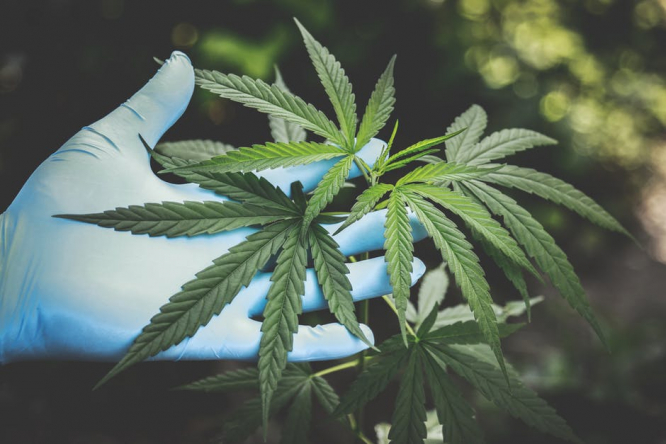 Three cities have started a trial of fining drug users €200, reduced to €150 for fast payment or rising to €450 if they delay, to fight rising use.

Anyone caught using drugs in a public space, whether smoking cannabis or taking other drugs such as cocaine, will face fines in Rennes, Reims and Créteil.

A 1970 law already theoretically punishes drug use with a €3,750 fine and a year in jail but is rarely applied. The new law aims to weaken the cannabis black market, thought to be worth up to €1.4billion, by “giving more responsibility to the consumer”.

However, some argue that it is contradictory to trial medical use and punish recreational use at the same time.

We spoke to two people with opposing views.

At the moment, some lycée students are sentenced for cannabis use – they have to follow a course or some are just reminded of the law by the police, but nobody has the same punishment.

Something useful had to be done. There had to be a sanction.

It is often young people who consume outside, sometimes minors, so it can be problematic, but we asked for fines to be able to punish everyone the same way in the public space.

Some people asked for a €600 fine, which was not reasonable; €200 is the amount we proposed. We also need a file on people so they do not continue and the money does not become a right to consume for those who have enough money to pay again and again.

To fight drug abuse effectively, it is necessary to set up this fine but limit it to a single application and then have legal proceedings if people reoffend. In law, cases of recidivism are not allowed, but in practice there will be people who will pay the fine regularly. It is sad to say, but only money can discourage people from consuming.

It is the same for tobacco: the decrease in tobacco consumption is due to the increase in prices. People put seat belts on in cars to avoid getting fines.
The initial goal of the law was preventive, but a sanction is needed anyway.

Prevention doesn’t work in France as it does in northern European countries. Only repression does.

Fines are practical – the police catch drug users and fine them directly. It is true, however, that for some who do not have a lot of money, it may seem more like a sanction than for those with a lot. We also know that in smaller communes the forces of law and order are often stricter than in large cities, so the law will work better in these places.

The police, or often gendarmerie, will keep on fining people there, but in large cities they may impose a fine once and then let it go, which is a pity.

We know it is not going to stop drug addicts or those who consume at home but it is already a start to stop people consuming drugs in the public space.

The aim is not to put people in jail for consuming drugs, but we don’t have any other system to stop consumption and we needed something for consumers to realise that they are taking a risk by using drugs.

This fine is an institutionalised extortion. The police target will be young people from working-class neighbourhoods – so, for the police, it will only worsen the relationship with this population.

Judges will have fewer cases to deal with but what is likely to happen between the police and the youth is violence, and it can escalate very quickly. In Rennes, there is a large population of young students and this is really likely to create problems.

Young people from the working class are easier targets because they do not consume at home. They often hide from their parents, unlike other young people in better-off environments who smoke at home and whose parents are sometimes aware and tolerant, or even consumers. So this reform seems very discriminatory.

When a policeman catches a young person smoking cannabis, he will have to search him, and estimate if he is a user or a dealer. If he has money on him, the police can quickly take him for a dealer.

In practice, I don’t see how the police will do this. They will have to evaluate by themselves who is a user and a seller, and weigh the goods directly on the spot.

It’s complicated, and probably going to cost even more money.

Moreover, fines are usually not paid. This fine mainly concerns cannabis, since it already represents 90% of arrests.

It is much easier to take supply and demand into account, regulate the market and simply legalise cannabis.

That would solve all the problems created by prohibition, even if it would not prevent consumption.

The trial of fines is also a misjudgement of what is happening internationally, as there are moves towards legalising cannabis. On one hand, this measure is being implemented, but on the other hand, a parliamentary mission is being created to debate the recreational use of cannabis as a possible LREM policy in the presidential campaign of 2022.

If we consider cannabis a scourge, how is it that we can prescribe it to people with health problems? It is a paradox because the government is saying that it is a social and health scourge but then that it is a drug that can help with quite a few diseases and it is currently being tested.

We have already had a law to prohibit narcotics since 1970. This law has enriched mafia, leads to corruption at the police border customs, and there are more risks for users and a lot of imprisonment.

G’day Sheila could have been b’jour Bruce
16 August 2019
More from Health
More from Connexion
Get news, views and information from France
Join the newsletter
Subscribe to The Connexion