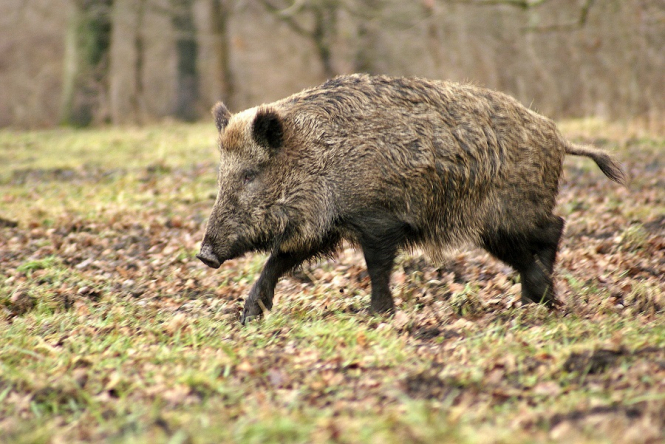 Boar are now seen in towns
By Connexion journalist

Culls have been ordered in many parts of the country and hunters have been called out as wide afield as Brittany, Moselle,  Lot-et-Garonne, Dordogne, and across Provence.

In one Vaucluse village,  Beaumont-du-Ventoux (pop. 292), hunters have killed more than 220 boar in nearby fields.

Elsewhere in the department, figures show that two years ago, hunters killed 7,719 animals – and a préfecture spokesman said the figure for this year is already  up to 13,000.

The Vaucluse cull was ordered by prefect Bernard Gonzalez, who said the “widespread problem” was also affecting all the departments in Provence-Alpes-Côtes d’Azur.

Omnivorous, adaptable and mobile, wild boar are venturing into towns and gardens.

Hunters have long put out food for boar (known as agrainage - ‘graining’) as a way to keep them away from farmland but now officials believe this has boosted populations and led to larger groups that are encroaching on areas inhabited by humans.

Numbers have been rising since 1999, when storms blew down millions of trees, giving perfect cover, and for several years hunters have been unable to make a serious impact on numbers.

Head of the Vaucluse hunters’ federation Christelle Savelli said: “This is not something unique to the Vaucluse, for example there are around 40,000 culled in the Gard and nationally it’s 700,000.

“While we have an average of €120,000 of damage a year here the problem in Gard, Var and Meuse is approaching a million.”

She blames an increase in woodland and especially a larger surface of mature trees producing wild fruits such as acorns.

However, the problem is “they like everything,” she said.

“They eat masses of maize and other cereals, or sunflower seeds. And they’ve not yet got a taste for our wine, but they like our grapes. Also cherries and apricots.

“They eat truffles and have a particular taste for marrows and melons. So it’s a problem in all the big agricultural areas, especially grain-producing ones.”

Boar are also blamed for a rise in rural road accidents, with insurers putting the number at 35,000. These range from a lorry overturning and losing its load in Gironde, after the driver swerved to avoid a boar, to cars being hit.

A Connexion reader in Indre-et-Loire said: “Last December, a driver ended up with her car on its side in the ditch outside our house. She had braked to avoid a wild boar. She was unhurt but the car was a wreck. It could have been much worse.”