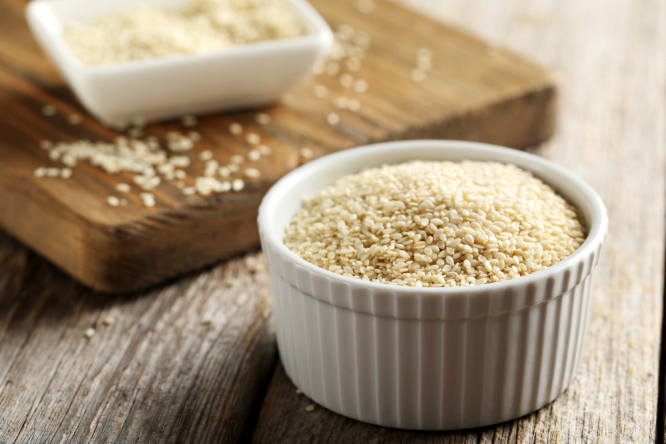 In some countries outside the EU, ethylene oxide is used to sterilise spices or grains, such as sesame seeds in India Pic: 5 second Studio / Shutterstock

A range of products in France, including ice cream and biscuits, have been removed from supermarket shelves or recalled due to a potential long-term health risk, as they contain ethylene oxide above permitted levels.

The Direction générale de la concurrence, de la consommation et de la répression des fraudes (DGCCRF) confirmed the recall this week, and included more than 7,400 products identified as unfit for consumption due to a risk of too much ethylene oxide in their ingredients.

There is no immediate risk to consumers, and the products have been taken off the shelves in most cases. Some products which have been on sale for a while and have been purchased are being recalled. Ethylene oxide is considered a carcinogen if eaten in significant quantities.

We explain the key points:

What is ethylene oxide?

The DGCCRF defines it as “a substance classified as carcinogenic...the use of which has been banned in the European Union as a food and feed protection product [a pesticide] since 2011”.

However, in the food industry, it is still used in gas form as a disinfectant and to kill bacteria in spices. It is also used as a fungicide against mould and to disinfect surfaces that may come into contact with food.

It is only allowed in the EU for the sterilisation of single-use medical devices but in some countries outside the EU, ethylene oxide is used to sterilise spices or grains, such as sesame seeds in India.

What are the risks?

There have been “no reports of intoxication in consumers of ethylene oxide in connection with the recalled products”, the DGCCRF has said.

In practice, this means that there is little-to-no risk if someone eats one of the affected ice creams, for example.

Yet a small risk does exist if affected products are consumed in the long-term, or in large quantities. This can be carcinogenic and cause DNA mutation, as the pesticide is also considered to be ‘mutagenic’.

This is why the DGCCRF has said that it wants to “limit as much as possible the exposure of consumers to this substance”, and has ordered the recall of affected products.

Which products are affected?

Products from larger brands such as Bounty, Twix, and Snickers ice creams, have been affected just as much as niche products such as sesame biscuits at Casino, or wholemeal bread at Auchan.

Consumers can consult the list on the Economy Minister’s website here, as it is regularly updated with the full list of products affected, sorted by category (sweet biscuits, crackers, cereals, spices, flour, ice cream, ready meals…).

The list includes the product name, distributor, and bar code details. You can also search by batch number in the Excel document at the same website.

What should consumers do?

If you see a product that is listed in the recall but that is wrongly still on sale, the DGCCRF advises you to report it on the government website, Signal Conso.

If you find that an affected product is already in your cupboards, fridge or freezer, you are advised to take it back to where you bought it for a refund or exchange for a non-affected product. Specific advice for each product can be found on the Rappel Conso website.

You can also contact your supermarket or shop’s customer service centre or counter.

If you have already eaten any of the products concerned, there is likely to be very little risk to your health, but you are advised not to eat any more of the product(s), and to return them to the point of sale or dispose of them.

How much ethylene oxide is usually permitted?

It is usually permitted only in small quantities and not as a pesticide in the EU. The European Commission threshold is 0.05mg per kilogram (mg/kg) for seeds and herbs, and 0.1mg/kg for spices.

Any products that breach these thresholds cannot be sold or kept on the market.

In this recall, “some batches of sesame seeds show ethylene oxide levels of 50mg/kg, which is almost 1,000 times the authorised limit and 5,000 times more than the maximum limit allowed for organic products”, a report to the Senate in February warned.

When was the alert first raised?

Health authorities were first alerted to possible levels of ethylene oxide “higher than the regulated maximum limit” nine months ago.

Belgian authorities issued an initial alert about sesame seeds from India in September 2020, via the European Commission’s fast alert system for human and animal food, the Food and Feed Safety Alerts network, or RASFF.

It was then decided to take all affected products off shelves, and to recall any that had already been on sale to consumers.

Since then, the list of affected products has continued to grow, going from bread, crackers, and cakes, and most recently affected almost 60 types of ice cream.

The DGCCRF is still working to identify the cause and source of the contamination, it said in a press release on June 16. Until now, the substance was not routinely screened for in European analyses.