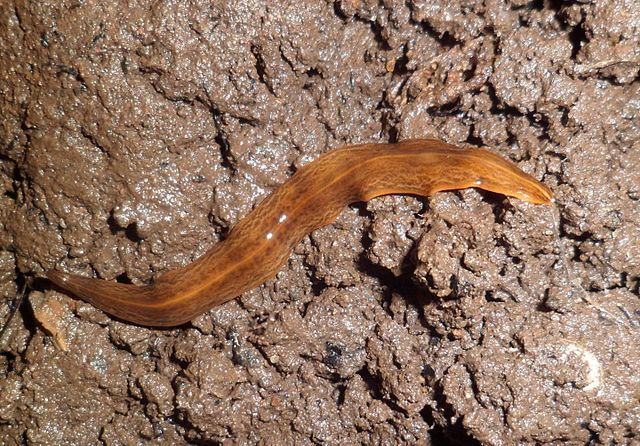 Originally from Brazil, the worm is also known as the “flatworm” or a kind of “platyhelminthe”. It is brown and flat in appearance, measuring around 5cm long, and often found in normal domestic gardens.

It has now been identified in 72 departments across the country, versus 60 just six months ago, according to a new study by le Muséum National d’Histoire Naturelle (MNHN).

Researchers are studying the worm, and asking members of the public to get involved and send live specimens through the post, using special kits from the museum.

Jean-Lou Justine, lead researcher and specialist, said: “We want to know what [the worm] is eating, and why predators do not eat it. For this, we need live worms. Anyone who wants to send us some is welcome to contact us.

“They will then receive collection kits, with plastic boxes and pre-stamped envelopes.”

Mr Justine has set up a website allowing members of the public to report sightings of an Obama worm, and also to send off for the postal kits, or you can ask for one via email at justine@mnhn.fr.

The study initially asked members of the public to report any sightings of the worm, after researchers suggested that the worm’s presence could represent a “potential threat” to diversity.

The creature is thought to have arrived in Europe around five years ago, after being hidden among imported plant pots. It has no known predators, eats voraciously, and is spreading quickly.

It reproduces quickly too, creating tiny cocoons that are barely visible to the human eye.

Mr Justine said: “We know that [the Obama worm] likes eating the common worm, but which ones? We  are not certain that it only eats these; maybe it also eats other soft-bodied creatures?”

The MHNH study is aiming to help understand the worm better, not only from a biodiversity point of view, but also to help private gardeners. Currently, the only way to destroy the worms is to burn them.

The researcher said: “When people find [this worm] they don’t know what to do. Helping gardeners is also one of our research goals. The worm is here to stay, as it appears very comfortable in these areas. We must learn to live with it.”

The new research is aiming to cut off some of the digestive tract of the worm, to identify its DNA and chemical makeup, in an attempt to understand why it has no apparent predators.

Mr Justine said: “Even poultry do not enjoy it; chickens might eat it once, but never twice. Apparently it has a pretty bad flavour.”

Parallels have been drawn between the Obama worm and another foreign flatworm import, the Arthurdendyus triangulatus, from New Zealand. In the north of England and the UK, this worm has been blamed for causing the earthworm population to decline by 20%.

This is a problem, as without earthworms, soil quality decreases.

The Obama worm has also been seen in the UK, Spain, Switzerland, and Italy.