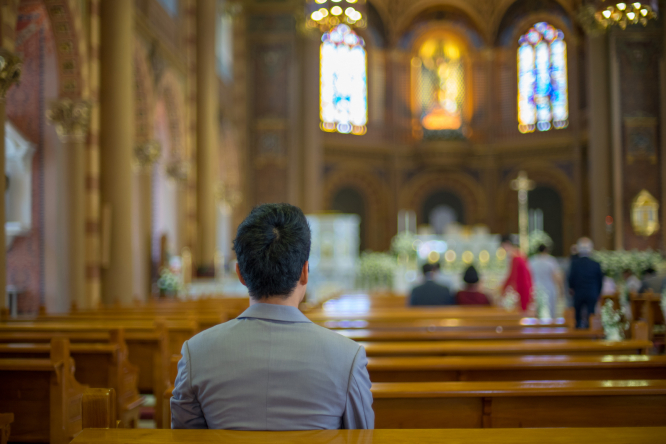 47% of people asked thought that “the message and values of Christianity are still relevant” in France today Pic: Thoranin Nokyoo / Shutterstock

Just over half of people do not believe in God, a new poll in France has found.

The 2021 poll* asked participants whether they personally believed in God, with 51% answering “no”. Similar polls in 2004 and 2011 found that 44% of respondents said “no”, suggesting that the number of people who do not believe in God is rising.

In this year’s poll the largest numbers of believers were found among older adults, with 58% of people aged 65 and over saying “yes”. The percentage of believers among younger adults (18-34s) was smaller, but still significant, with 48% saying “yes”, they did believe.

Covid and other crises have little impact on belief

The poll revealed that significant current events had a minimal influence on whether or not people believed in God.

Asked if the Covid health crisis has brought them closer to religion, 91% of respondents said “no”. Similarly, 79% said the 2019 Notre-Dame cathedral fire did not awaken “spiritual feelings”.

Perhaps inevitably, people in France are also speaking about religion less among family and friends.

Despite this, 68% thought that religions could “contribute to teaching young people positive values: respecting others, tolerance, generosity, and responsibility”.

All religions ‘of value’

The poll did not ask whether those who disagreed with the statement were against specific religions, or religion in general.

Just under half (47%) thought that religion played a useful role in debates over social issues such as bioethics and economic morals, compared with 51% in 2009.

Asked specifically about Christianity, less than half (47%) agreed that “the message and values of Christianity are still relevant”.

*Poll conducted online by Ifop for the l'Association des journalistes d'information sur les religions (Ajir) among 1,028 people representative of people in France aged 18 and over on August 24 and 25.

The most common religious affiliation in France is still Catholicism, even if figures tend not to show how many people consider themselves to be practising or church-going.

Figures from statistics website Statista showed that in 2020, religious affiliation in France was as follows (for the question, “What religion do you feel bound to?”).

There are many churches, including Anglican, Roman Catholic and more, that offer English-speaking services in France.

For example, the website A Church Near You allows you to search by town or city, including places in France, and then offers a list of English-speaking Church of England services close to your search location.

Results include, for example:

Bordeaux: Anglican church services in Aquitaine and Bordeaux (more information on the website)

If you know of an English-speaking church or religious centre near you that you would like to let other English-speaking readers know about, please email details to news@connexionfrance.com.

French nuns in bid to sell 9,000 bottles of rosé wine by Monday