Mental health appointments to be made more affordable in France 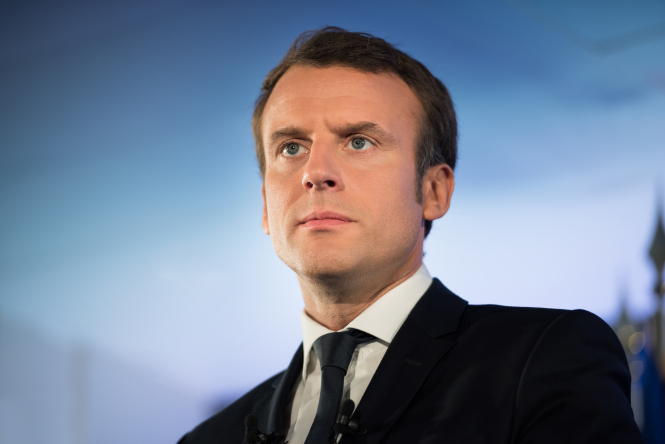 France is to increase reimbursements for consultations with psychologists, making mental health care cheaper for patients in France, President Emmanuel Macron has announced.

He confirmed the change yesterday (September 28) at a national meeting of mental health providers saying: “The pandemic has shown the importance of mental health. For a long time, the funding given has not been up to the task.”

From 2022, the Assurance maladie will reimburse costs for consultations with self-employed psychologists for people in France aged over three who have a prescription.

First consultations will cost €40, and follow-up sessions €30, both of which will be fully reimbursed.

However, psychologists who wish to charge more for their services will still be able to do so.

The announcement came 24 hours after Health Minister Olivier Véran said a national suicide prevention hotline would be operational in France from Friday, October 1.

The number will be “free, available seven days a week, 24 hours a day, everywhere in France, to give immediate aid to people in psychological distress and at risk of suicide,” he said.

People who wish to reach the helpline can do so from Friday by calling the number: 3114.

Callers will be able to speak to “trained health professionals, who are in contact with healthcare providers in each region to give aid that is suitable to each situation”.

The results of a public health study* into the mental impact of the crisis, named CoviPrev, were released on September 17.

They said that the epidemic and measures such as lockdown had “affected the mental health of the population in France in a significant and long-term way” especially in terms of symptoms of anxiety and depression.

The study found that 15% of people in France were suffering from symptoms of depression, an increase of 5% since the start of the crisis; 23% had symptoms of anxiety (a 10% increase); and 10% were experiencing suicidal thoughts (a 5% increase).

A second study from Unafam, a mental health support organisation for families, found that young people aged 18-24 had been particularly impacted, with almost one third (30%) experiencing suicidal thoughts in recent months.

The president and the health minister were speaking at a two-day national meeting of mental health providers organised in the wake of the health crisis to address problems such as increased demand, lack of funding, and lack of staff.

These included the creation of 800 new jobs in mental health centres from 2022 to reduce waiting times. In the worst affected areas, waiting times can reach “more than 18 months, during which the health of the person suffering decreases”, the president said.

Some 20 mobile teams will also be created for people in elderly care homes and long-stay medical facilities, along with centres for teenagers in each department, and 100 family therapy places over the next two years.

In addition, €80million will be allocated to research into mental health including neuroscience, artificial intelligence and medical solutions in order to “improve daily care and transform our practices”, Mr Macron said.

*Study conducted online among 2,000 people aged 18 and over resident in France, of a sample representative of the population in France.

How many people go to see a psychologist in France?

Treatment plans are confidential, so it is difficult to find exact figures. Yet, figures from statistics website Statista show that in 2016, there were almost 58,000 psychologists in France.

Just 30% of the population said that seeing a therapist or psychologist is something “you should ‘keep secret’”.

According to French psychiatric group l’Association Française de Psychiatrie, one in five French people will suffer from some kind of mental health issue during their lifetime.

Of this, 13% will suffer from generalised anxiety, and 11% will have a depressive episode.

How can I find an English-speaking psychologist in France?

It enables you to search for a counsellor or therapist in your area, or for professionals that offer online consultations. It distinguishes between psychology, psychotherapy, counselling, hypnotherapy, life coaching, and more.

The professionals listed may have British qualifications. And while in Britain, the job of counsellor is more regulated than in France, British counsellors are usually not trained psychologists, and are only qualified to offer talking therapies or similar.

You are advised to check with the individual professional to be certain.

However, these are private and their costs may not be reimbursed by the state.

Currently, it only lists two psychologists in France, both based in Paris; however, both say that they offer consultations online (such as through the web call software Zoom).

Psychology is a regulated profession – how can you check if a practitioner is genuine in France?

You can ask if they are a ‘psychiatre’ or ‘psychologue’, and you can also check with the DDASS (direction départmentale des affaires sanitaires et sociales) or ask them for their registered ADELI number (given by the DDASS).

There are also other registers that they may be part of, such as the ARS (as a clinical psychologist), or the AFTCC (French CBT Association).

The website EuroPsyche.org lists the legal requirements for accreditation in the field here (explanation in English; legal documents in French).

What’s the difference between a psychologist and a psychiatrist?

A psychiatrist is a doctor, and, depending on their training and specialism, may be able to treat severe mental health illnesses such as schizophrenia. They can also prescribe medication.

A psychiatrist specialising in children is a pédopsychiatre.

A psychologist or psychotherapist are highly trained and may have a specific specialism or methodology, but they are more akin to therapists or counsellors than doctors. They cannot prescribe medication in most instances.

A ‘clinical’ psychologist has a degree in psychology, plus postgraduate training as a clinician, meaning that they see patients, rather than focus solely on research.

Despite their differences, all kinds of mental health practitioners may be termed “psy” in France.

Some, such as ‘psychoanalyste’, ‘psychothérapeute’, or even ‘psychosomatothérapeute’ and ‘psychorelaxologue’ are not regulated in France, but may offer different kinds of mental health support or talking therapies.

Do I have to pay / how much does it cost?

As a doctor, a psychiatrist’s fees are more likely to be reimbursed as healthcare by the state, while fees charged by a therapist, psychotherapist or psychologist are likely not to be.

You can check with your mutuelle (health insurance) to be clear what will be reimbursed or not.

One way to get free mental healthcare is to go to a Centre Médico-Psychologique (CMP) attached to a hospital, either directly or via your doctor or a school nurse.

They cover people living in a specific geographical area and are completely free, whichever professional you see. However, they often have waiting lists of several months, apart from in emergencies.

They exist both for adults and children.

Exercise is key in fight against Covid-19, says French doctor