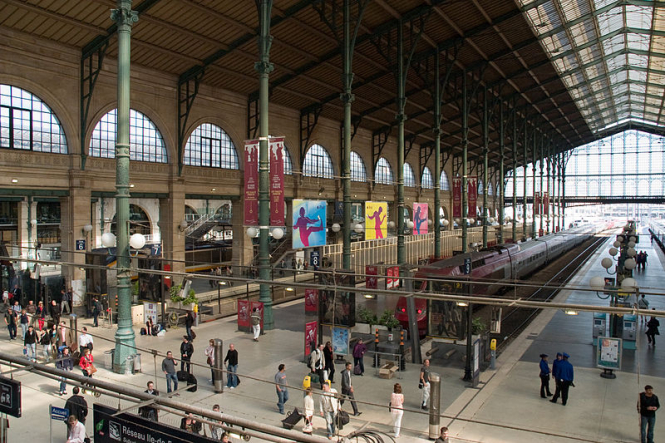 After a difficult weekend, the SNCF is struggling to normalise the traffic in Montparnasse station, and has advised customers to wait until the afternoon to travel.

Franceinfo reported that trains to Quimper, Bordeaux and Toulouse were cancelled. The SNCF advised customers to board their respective trains directly with a ticket rather than purchasing them at ticket offices in the station.

Signal problems were first noticed on Saturday night and have still not been resolved. Th SNCF said technicians will look into the issue again tonight.

Sixty trains left Montparnasse on Sunday, and nine were cancelled. 85% of travellers to or from Montparnasse reached their destinations.

The railway company told franceinfo this morning that three out of four TGV trains will leave and arrive as normal from Montparnasse and Austerlitz today and that TER, Transilien and Intercité lines will run as normal.

The SNCF said in a press statement yesterday that trains to and from Paris-Montparnasse and Paris Vaugirard were interrupted due to works taking place in Vanves-Malakoff in southern Paris.

The company added that TGV trains bound for Brittany and the Loire would leave from Montparnasse, while those heading towards destinations in the southwest would leave from Austerlitz. These include Poitiers, Tours, La Rochelle, Bordeaux, Tarbes, Hendaye and Irun.

Customers who were unable to take their train will be given a 60-day window in which to claim a reimbursement for their ticket.

Many customers had to sit in the aisles or stand on TGV trains. One customer traveling with a toddler complained about having to stand for the whole journey.