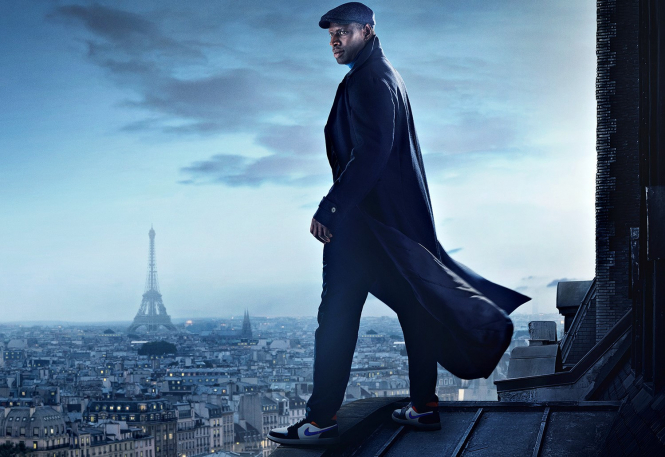 The waiting is over for fans of Netflix’s hit French series Lupin – Part 2 will be available to watch from tomorrow (June 11).

The first part was mainly based in Paris but had a cliff-hanger ending in Normandy’s Etretat, when the hero’s son is kidnapped by his enemy's henchman.

The next five-episode instalment picks up in Etretat with main character Assane Diop’s ongoing search for revenge against Hubert Pellegrini (Hervé Pierre), a wealthy man who had Assane’s father framed for theft, leading him to die by suicide in prison.

The second part also sees Assane, played by Omar Sy, develop a mutual respect and admiration for inspector Guedira (Soufiane Gerrab), a fellow fan of Maurice Leblanc’s ‘gentleman thief’ character Arsène Lupin, who is trying to arrest him for his daring jewel heist at the Louvre in Part 1.

The first part of the series proved to be the most internationally popular French Netflix series ever on its release at the start of the year. It introduced Diop, son of a Senegalese immigrant, who makes use of his sharp wits and sleight of hand skills, inspired by the charming Lupin to whom his father had introduced him as a child.

One of the most famous Lupin stories – L’Aiguille Creuse – included Etretat and its white cliffs as one of the key settings, with Lupin revealed to have a secret hideaway inside the cliffs, where he has hidden the real Mona Lisa (which he replaced with a fake) and treasures of the kings of France.

Netflix has revealed few plot details for the second part but states: “While wanting to take revenge against Pellegrini, Assane has destroyed his own family. With his back against the wall, he is forced to come up with a new plan to get rid of Pellegrini – even if it means putting himself in danger to do it.”

According to director Ludovic Bernard, while Assane was mostly in control in the first part, in this second one he is “more exposed to danger and prey to uncertainties”.

Part 2 will see the action return to Paris, including scenes of the Pellegrinis’ luxury lifestyle as well as contrasting scenes in the Paris banlieue, showing two sides to the capital. A spooky abandoned Norman-style mansion is another setting as well as Assane’s hideout, which was filmed in a converted attic space above a lycée with a spectacular view of Paris.

Comédie Française actor Hervé Pierre, who plays Pellegrini, says there will be an exciting climax at the Théâtre du Châtelet, a location closely linked to the history of Lupin, as it hosted many popular stage adaptations of the stories in the 1910s.

He told Netflix: “I was bursting with impatience until the tenth episode where I meet with Omar in a scene filmed at the Théâtre du Châtelet.

“Everything came together to make this a really powerful moment, artistically and emotionally.”

Co-director Hugo Gélin told Netflix it is a “majestic” setting that is “full of history” and is associated with classical music performances.

“We wanted two symphonies played by the orchestra to constitute the music for the ending, accompanying the action,” he said.

An original 'Lupin symphony' has been written especially for the episode by French composer Matthieu Lamboley, who appears in it as the conductor of the orchestra.

Tying in with the release of Part 2, Hachette is publishing a new edition of L'Aiguille Creuse with a 100,000 print run. It comes after a previous new edition of Lupin stories which went out to bookshops along with the series' launch in January sold 100,000 since then, along with another 20,000 in a version aimed at young people.