New ‘edible’ forest to be created in south-west France 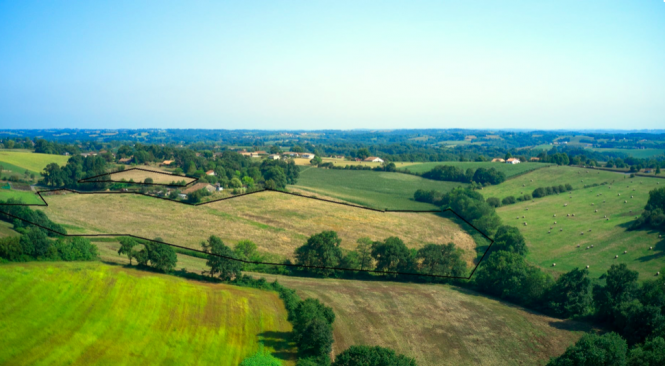 An ‘edible’ forest is to be cultivated on seven hectares of fallow fields in Landes, Nouvelle Aquitaine with a total of 60,000 trees, bushes and shrubs to be planted in the coming months.

The farmer behind the idea, Yoann Lang, has been working on the project for seven years, raising over €20,000 through an online appeal for donations.

The forest will contain “a huge amount of varied plants and trees, including bushes and shrubs, to create the largest dietary diversity possible”, Mr Lang told news source Le Figaro.

He said: “Initially we will plant 20,000 trees with a maximum of different species to make it as diverse as possible. We want to plant oaks, chestnuts and even acacias, as well as fruit trees such as plum and apple trees.”

Fruit and vegetables to be grown too

As well as a forest – named le Forêt de Higas – the project will dedicate two hectares of land to market gardening, producing plants such as courgettes, tomatoes, herbs as well as medicinal plants.

Mr Lang said: “We will prioritise ancient and local varieties to avoid illness. Oyster mushrooms grow on blocks of wood, spirulina can grow on old wine presses, as can goji berries and yuzu.”

Solar panels will be installed to help with the production of fruits and vegetables which are typically imported such as avocados, citrus fruits and bananas. “We don’t know if everything will grow, but we’re going to give it a try,” Mr Lang said. “My ambition [with this land] is to respond to the challenge of climate change.”

Farm animals will be introduced to help promote biological farming practices. For example, chickens will be used to help control insect populations. Mulch and fertilisers will also be developed on site.

On their website, the owners state their goals for the Forêt de Higas are to have 7,000 plant varieties, 150 animal species and to be 100% autonomous.

Mr Lang expects the forest will begin to take form in five to seven years, as the trees he plants now start to grow.

He will also be planting numerous plants and seeds donated in response to his online campaign. The farmer was sent “many cuttings and seeds for plant varieties that I hadn’t thought of, or which I didn’t even know existed,” he said.

The concept has been praised by experts including agronomist Professor Marc Dufumier. He told newspaper Le Figaro that such projects, combining ancient farming knowledge and modern science “are the future of our agriculture”.

While saying that effective use of rainwater would be a major challenge on the farm, the overall concept should help maximise the sun and carbon in the soil to promote plant growth and that using a large variety of plants should “reduce the proliferation of things that destroy plants and avoid the need for chemicals."

Success for Normandy farmers who return to old methods

Environmentalist Pierre Rabhi: ‘In the end, the power of love is all’