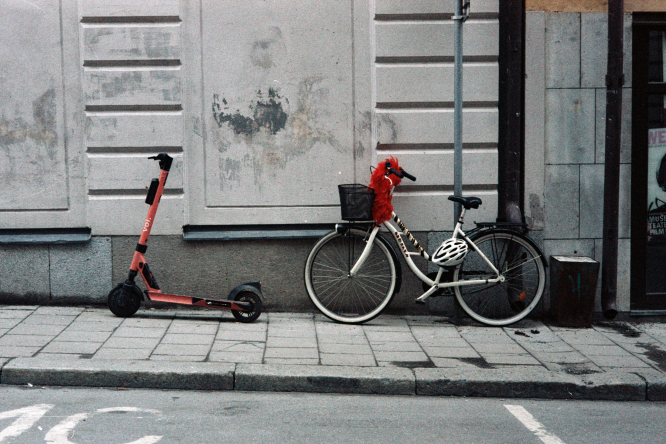 The new laws to note this month in France.
By Connexion Journalist

Households may obtain €150 of state aid to install a greener, more “intelligent” home heating thermostat. The simplest way to benefit is to have it installed by an RGE-certified firm (see tinyurl.com/yb6tuxoc). Available for all homes.

Regulated gas prices – at state-fixed rates – are being “smoothed out” to avoid abrupt changes for customers. In July, they would have dropped 5.1% compared to June if based on wholesale prices to firms, which have been low due to Covid-19. They dropped by 0.3%, to avoid a steep rise in winter.

Many cigarette brands have risen in price 10-20 centimes, linked to rising tax aimed at increasing the average pack price to €10 this year. Some firms opted to lower their margins, so Winston Connect Blue has gone down from €9.50 to €9.40. The popular Marlboro Red, which was already €10, is unchanged.

All devices used near the body must put their specific absorption rate “DAS” on their label or packaging. These include tablets, smart­watches, and Bluetooth headsets. Phones are already included. DAS refers to the speed at which the body absorbs radiofrequency waves, and DAS of more than 2W/kg for devices used near the head or torso may be harmful.

Read more: should people in France be worried about 5G?

FEES related to PEA share savings plans have new caps, inclu­ding €10 to open the plan. Annual holding fees will be capped at 0.4% of the value, fees for buying or selling at 0.5% of the amount if carried out online (otherwise 1.2%) and fees for moving the plan to another bank at €15 per type of share (previously €100) or €150 in total.

Heavy goods vehicles over 3.5 tonnes must now have stickers on them showing where their blindspots are, to warn pedestrians and cyclists.

To be legally ridden on roads, electric scooters and similar mini vehicles must have a brake, a horn, front and back lights and reflectors.

Social housing body Action Logement will pay up to €600 per household to agricultural seasonal workers who were employed during the health crisis to help pay their rent so as to boost the sector. Grants of up to €300 per household are also available to help other low-income households with rent or mortgage payments.

Time off after a death

Time off for the death of a child has been increased from five to seven days. There is, in addition, a new period of “time off for mour­ning” of eight days, to be taken within one year of the death.

A scheme called activité réduite pour le maintien en emploi is available for workers in hard-hit industries such as the aviation, tourism and automobile sectors. It will guarantee for up to two years that the state will fund 84% of net salary (100% for someone on the minimum wage) if hours are cut. The level of state funding and the time periods allowed for the existing chômage partiel temporary lay-off scheme are to be reduced by October.

Anyone wishing to learn to hunt accompanied by an experienced hunter without obtaining their own hunting licence must now undergo training with the hunters’ federation for their department, then apply for authorisation from its president.

Converting a work vehicle, such as a van, for ordinary passenger use will now attract the malus penalty for polluting vehicles if it was previously exempt because it was not a leisure-use vehicle.

In cases where a baby needs hospitalisation after birth, the mother’s partner may benefit from leave of up to 30 consecutive days on top of the usual paternity leave of three at birth plus 11 days.

MPs have voted to lower the amount of cigarettes people can bring back from other EU countries for personal use to one carton of packets, down from four. The aim was partly to encourage buying in France, but the measure is likely to fall foul of EU law, which sets the limit at no fewer than 800 cigarettes, or four standard cartons.