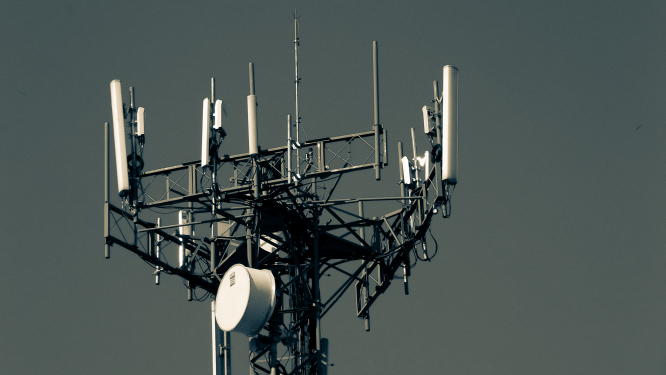 Scientists say 5G antennae pose less of a health risk than smartphones, is there is any risk at all.
By Joanna York

But numerous recently-elected mayors from green party Europe Écologie Les Verts (EELV) are concerned about 5G and actively opposing its deployment in France.

Some argue 5G will impact the environment, by increasing greenhouse gas emissions for example.

Read more: My health under fire from electro waves

It concluded that it did not have “enough data relative to the biological and health effects” of 5G. A second report will be released in 2021.

The report focused on radio frequency waves, which are also used by technologies such as 4G. However, currently, smartphones and other connected technologies operate on frequencies up to 2,4 gigahertz (GHz). The 5G rollout requires that frequencies are raised to 3.5, and later 26 GHz.

There are few scientific studies into the effects of radio frequency waves at this level.

No scientific proof waves are dangerous

However, there are plenty of studies into the effects of radio frequency waves at lower levels.

Yves le Dréan, researcher at ANSES, told news source Huffington Post that he did not think there would be health risks from 5G waves.

According to the researcher, fears over health risks from radio frequency waves are a long-standing concern in society. He said: “When I started working on this subject, researchers predicted an explosion in cancers in 2015 as a result of exposure to waves.”

To date, there are no scientific studies proving that radio frequency waves released by our smartphones or antennae are dangerous to our health.

Hervé Cadiou, specialist in magnetic fields in animals at the University of Strasbourg added: “We have been studying the effects of radio frequency for over 50 years and there are never any solid results, nothing concrete.”

Waves may cause some positive and negative effects

However, one of the most reliable and expensive studies completed to date failed to confirm that waves presented no risk.

The 2016 study from the American National Toxicology Program found that exposure to waves may have caused a slight increase in a type of heart cancer in male rats only.

Rats in the study were exposed to high levels of waves in unique conditions that, according to Jean-François Doré director of the ANSEM report, “don’t correspond to real-life”.

Mr Doré also noted that during the study, rats that weren’t exposed to the waves had shorter lifespans than those exposed. Consequently, he said: “If we want to deduce from this study that waves can induce tumours in specific circumstances, we must also accept that they can prolong survival.”

As far as possible health effects as a result of radio frequency waves, he concluded: “We have actively been doing research for decades, and we have found nothing conclusive. That doesn’t mean there is nothing, but if there is something, it’s not very significant.”

Mr le Dréan believes that at worst, radio frequency waves could be a poison that has very light effects. To put this in context, he said, the effects of UV rays from sunlight, which many people are also exposed to on a daily basis, are considered a “violent” poison for their carcinogenic properties.

Mr Doré added that many studies have proven that ultraviolet rays “favorise and accelerate the development of cancer.” But, he said: “We are very far from this when it comes to radiofrequency.”

5G antennae work in a different way to other radio frequency wave technologies, as they are directional. This means instead of continuously emitting in all directions at once, they direct themselves specifically towards connected technologies that attach to them.

While those against 5G technology have suggested this poses an additional risk, researchers say this has not been proved, and cannot be proved until studies are done on the ground.

However Mr Le Dréan pointed out that the potential risk from smartphone use is much higher than that from antennae in any case.

He said: “A few minutes with a telephone against your ear is equivalent to one month of exposure [to waves] from an antenna at an average distance.”

Consequently, if there is any risk from 5G the most effective method of controlling it would likely be in modifying smartphone use.

Dozens of 5G antennas vandalised in France during lockdown