No glyphosate in France by 2021 despite MPs' 'no' vote 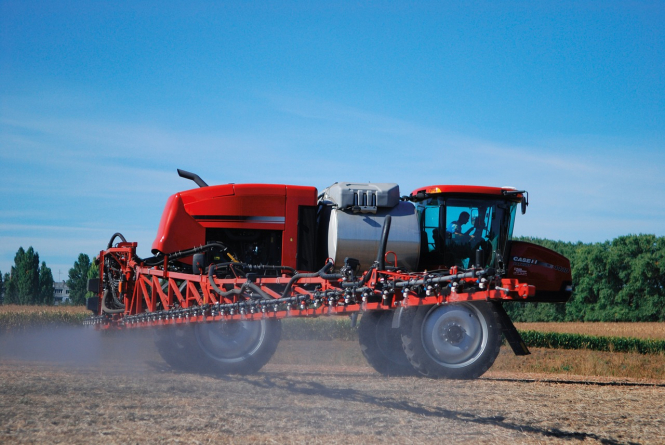 Benjamin Griveaux, spokesperson for the President, declared today that “it will be done”, even if it is not “written in law”.

“The commitment of the President of the Republic towards removing glyphosate within three years is clear,” he said, in a radio interview with news source France Info today.
The announcement comes less than one day after MPs in the Assemblée Nationale overwhelmingly rejected amendments that would aim to remove the herbicide - which is the most-used in France - from circulation.

An amendment that would have legislated to remove the herbicide from May 1 2021, was rejected by 63 votes to 20.

Yet, President Macron had already promised that the substance would be forbidden in France by 2021, despite the European Union’s controversial decision to renew the herbicide’s licence for the next five years.

The minister for agriculture, Stéphane Travert, said: “[The head of state has] created an ambitious and pragmatic objective, and we will give it our best shot.”

However, LREM MP Jean-Baptiste Moreau, who himself is an agricultural farmer, said that heavy-handed solutions were not necessary.

He said: “Making this into law will simply flare up tensions again. At this stage, let us put our trust in farmers.”

But spokesperson Mr Griveaux continued: “We said that we would work with all sectors, including INRA (the agricultural researcher l’Institut National de la Recherche Agronomique), to find alternative solutions to the use of glyphosate.

“France is holding the bar high compared to our European partners. The European Commission has recommended that [glyphosate] be removed within 10 years, and in Europe itself within five years. The President has committed that in the Hexagon [France] it would be three years.”

He added: “In partnership with industry, it will be done. Simply putting things in law is no guarantee that it will happen. We are working with INRA, and if we find any industrial or scientific ways to allow us to remove glyphosate within three years, everyone will win out.”

Glyphosate, often known by its most common brand name, Roundup by Monsanto, has been linked to cancer, eye complaints, and damage to acquatic life; although industry figures reject these claims.