President Macron to visit London in memory of wartime ‘call’ 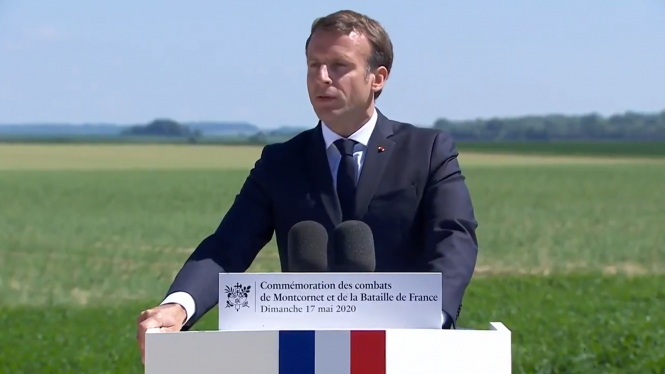 Mr Macron is set to attend a ceremony in London, UK, tomorrow to mark the 80th anniversary of the “appeal” or call for wartime help by then little-known French general and government minister, General Charles de Gaulle.

Mr Macron will be welcomed by Prince Charles at Clarence House, and his wife, Camilla, Duchess of Cornwall.

On Thursday 18th June, The Prince of Wales and The Duchess of Cornwall will formally receive The President of the French Republic at Clarence House to celebrate the 80th anniversary of General de Gaulle’s ‘Appel’ in 1940.

Given the nature of the visit, the President and his team will not be subject to the two-week quarantine currently in place for arrivals to the UK, according to the exemptions given by the British government, a Downing Street spokesperson said.

The ceremony will remember the message broadcast on the BBC on June 18, 1940, by General de Gaulle, the day after his arrival in London. It is now known as the “Appel du 18 juin” (“Appeal” or “Call” of June 18).

The message called on French soldiers, engineers and workers to join him in the fight against Nazi Germany, despite the then-Marshall Philippe Pétain government of France having announced an "armistice" the day before.

Mr Macron will also award the city of London the Légion d’Honneur - France’s highest honour. It will become the seventh city to be given the award in recognition of its contribution in World War Two; after Algeria, Belgrade, Brazzaville, Liège, Luxembourg and Volgograd.

The President will travel to London after having attended a traditional ceremony in honour of the same event, at the Mont-Valérien memorial in Paris.

It will be the first foreign trip for Mr Macron since he visited Naples in Italy for a Franco-Italian summit on February 27.

The ceremony in London will be the second event for Mr Macron in honour of the “Year of de Gaulle”, after he attended the May 17 celebration of the 80th anniversary of the Battle of Moncornet in Aisne (Hauts-de-France) - shown in the video below - during which he remembered the “French resistance spirit” and the Battle of France.

The Ile de Sein, off the Finistère coast in Brittany, has become a symbol of resistance associated with General de Gaulle’s June 18 “call”, after more than 120 resistance fighters responded to his message.

The island is set to hold its own ceremonies of remembrance tomorrow.

But controversy has erupted after Marine Le Pen, leader of the far-right party Le Rassemblement National, announced that she planned to attend the ceremony on the island.

Mayor Didier Fouquet has said that Ms Le Pen’s presence would be neither welcome nor appropriate, and that she would be “stealing our event from us a little”.

There will now be two ceremonies. The main one will be held on the nearby Crozon peninsula, and another - much smaller, restricted one - on the Ile de Sein at 9h.

Organisers of the latter moved its planned time ahead by one hour, in a bid to stop Ms Le Pen from attending.

Some island inhabitants are also unhappy with Ms Le Pen’s planned visit, and have suggested the idea of holding a “dead island day” event to show their displeasure. A protest against Ms Le Pen’s presence is expected to take place on the Audierne landing grounds.

Despite the controversy, Ms Le Pen has said she has no plans to cancel her visit.

She has called the actions of the mayor and the island “anti-republican”, and said: “We are shocked by the sectarianism from people who talk about tolerance and the republic. We are not stopping anyone from commemorating anything.”

Residents from the Ile de Sein were the first to respond to General de Gaulle’s call for fighters against Nazi Germany, with 124 people crossing the Channel in their own boats, to present themselves for duty.

Along with the Free French Forces and the government-in-exile led by de Gaulle, they continued to fight against the Axis powers after the fall of France, and helped to organise and support the Resistance in occupied France.