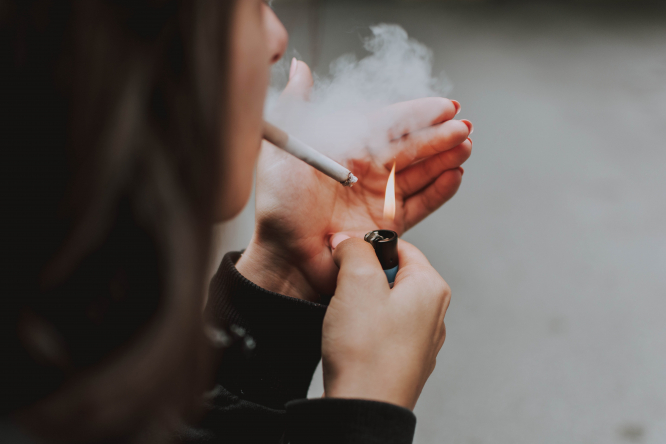 Even though numbers of smokers have gone down, smoking is still responsible for 20% of cancer cases in France
By Joanna York

President Macron announced a new strategy for reducing cancer in France today - on World Cancer Day - and said the country is aiming to get avoidable cases down by 40% in the next 20 years.

The President presented details of the new plan to L’Institut national du cancer via video conference this morning, and said he hoped to achieve a “generation without tobacco” for young people in France who will be 20-years-old in 2032.

In France, almost four million people live with cancer. Annual figures from 2018 show that 382,000 new cases were detected and 157,000 people in France died from the disease.

Smoking remains one of the largest single causes of the disease, causing 45,000 cancer-related deaths in France each year.

The President will also visit the Institut Gustave Roussy, a leading centre in oncology research and care, to meet staff and patients later today.

The Elysée said the new plan will “move faster, further and more decisively on the momentum of progress achieved by previous plans”.

In France, four in 10 cases of cancer are considered to be "avoidable", as they are caused by smoking, alcohol, poor diet, obesity or exposure to carcinogens at work.

The previous five-year cancer plan - which was extended for an extra year in 2020 due to the health crisis – has already had a significant effect on smoking-related cancers in France.

Steps implemented included introducing non-branded packaging with health warnings printed on them in 2016 and raising prices for cigarettes from 2018 onwards.

But, while the number of smokers in France and incidences of smoking-related cancers have fallen, 1 in 5 cases of cancer are still caused by smoking each year.

A 2020 report from auditing body Igas, that evaluated the previous national cancer plan, also found that significant improvements to prevent cancers could be made in testing and alcohol consumption.

Alcohol consumption causes 8% of cancer cases in France, and Igas found there had been a “regression” in previous progress made in this area. It said: “Consumption has practically stopped going down, placing France among the biggest consumers [of alcohol] out of all developed countries.”

The report called for the government to introduce an “ambitious” public policy to counter this.

It also said that results from organised testing were “very far from the objectives laid out in the [previous] plan,” even while developments in cancer treatments and care have contributed to reducing deaths overall.

The report said testing had “failed” for colorectal cancers. The government has since set a target for increasing cancer tests by one million per year, in order to achieve 10 million tests per year by 2025.

It comes as EU leaders also announced a plan to counter cancer yesterday, with a €4 billion budget, including €1.74 billion for France over five years.

Its plans are broadly similar to those announced in France, with a focus on improving prevention of smoking and alcohol-related cancers, testing, more quality of life for people with cancer and equality of access to treatment centres.

The European plan also targets the provision of vaccination against cancers caused by HPV to 80% of adolescents by 2030.

‘Cancer patients should also be priority for Covid vaccine’

Which illnesses qualify for priority Covid jab in France?

French-Vietnam woman in ‘fight of her life’ on war chemicals