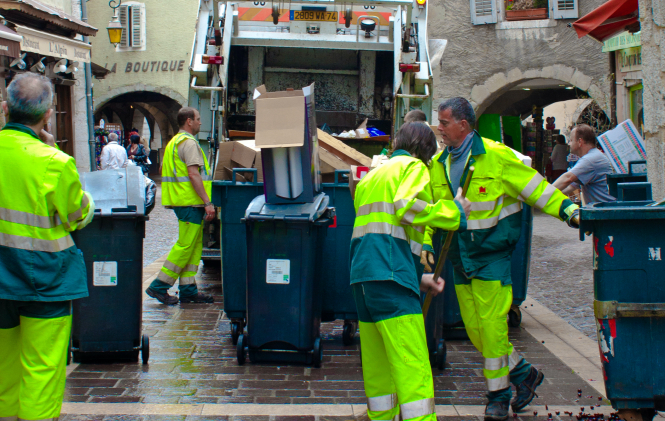 The deceased man had been a rubbish collector in France for 26 years, and worked continuously throughout the confinement period
By Joanna York

A rubbish collection worker in northwest France has taken his own life after being fired from his job for accepting two beers offered by a local resident to thank him for his work during the pandemic.

The man, who lived and worked near Caen (Calvados, Normandy), had been in his job for 26 years.

His family are now to lodge an official complaint.

His brother told news service France Bleu: “This is the first time this happened in the 26 years of his career. They could have given him a second chance. My parents are devastated.

“My brother worked without stopping during the whole confinement period. He was an everyday hero.”

The deceased was father to an 18-year old son.

The rubbish collection worker and one of his colleagues were both fired for drinking two beers during work hours, which had been offered to them by a grateful local to thank them for carrying out their jobs during France’s confinement.

During confinement, people in France were urged to stay at home for their own safety to stop the spread of the Covid-19 virus. Meanwhile key workers, such as health workers and rubbish collectors, continued to provide essential services, despite putting themselves at high risk of contracting the illness.

Management at rubbish collection company COVED asked the two workers to take an alcohol test after finding out they had drunk the beers. The deceased was found to have a level of 0.19g per litre in his blood. The legal drink-driving limit in France is 0.5g.

When asked about the incident, neither of the employees denied they had drunk the beers. They were both then fired.

Yannick Martin, union representative, told news service RTL: “He got his letter in the post last Thursday and on Friday morning he got dressed at 4:45 am and took his own life in his work uniform. The police found his letter of dismissal at his feet.”

Remembering the work of rubbish collection workers during lockdown in France, he said: “Where are the everyday heroes that were talked about, that were applauded, where are all the messages left on rubbish bins? We kept those messages because we were very touched by them.

“But management don’t care about that, the job was done, but we are not everyday heroes to them.”

Mr Martin added that in his 26-year career, the deceased had only one previous suspension, for changing names on a planning sheet.

He also brought attention to the fact that after finding out he had drunk the two beers and taking action against him, COVED still left the deceased to finish his rubbish collection round and return the truck to the depot.

The union have called on labour law watchdog, l’Inspection du Travail, to investigate the incident.