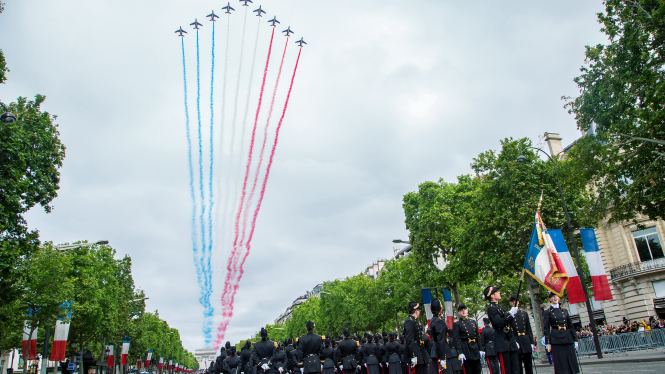 A campaign is growing for the frontline 'heroes' of the Covid-19 pandemic to be part of the Bastille Day parade.
By Lee Mclaughlan

The move for these ‘heroes’ of the Covid-19 pandemic to join France’s military parade in the French capital is being backed by politicians as well as online petitions.

In her letter, she wrote:"If the conditions allow it, I suggest we are joined on July 14 by the medical staff and all our everyday heroes (traders, transport drivers, garbage collectors, teachers enabling academic continuity ...)".

The biggest question mark is whether there will be a Bastille Day parade on the Champs Elysée, after President Macron announced on Monday that mass gatherings are not permitted until mid-July as a consequence of the coronavirus outbreak.

No decision has yet been taken on the Bastille Day event, the Defence Commission were informed yesterday by Army Minister Geneviève Darrieussecq.

She said: "With regards to July 14th, which follows the deconfinement, at the moment nothing is stopped, nothing is established."

Doubt has also been cast by several high-ranking military officers, according to Franceinfo, on citizens being part of a well-organised military event.