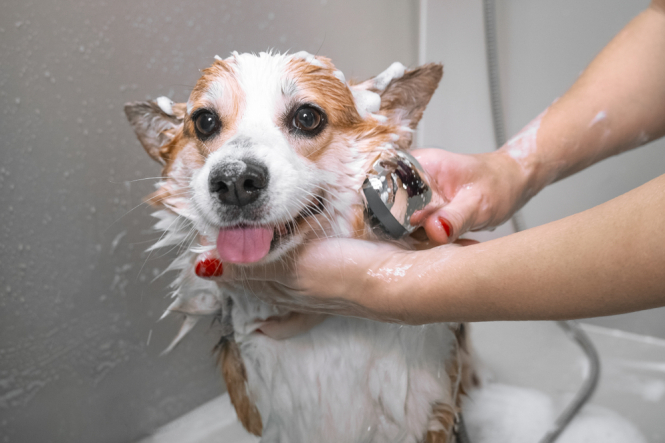 The mobile vans offer everything from GP services to greengrocers to dog grooming Pic: Masarik / Shutterstock

Mobile shopkeepers, hairdressers, and even doctors are spreading across France, and are finding increasing success in offering popular services in underserved remote areas.

In recent years, increased numbers of travelling vans have been visiting remote areas, stopping for a few hours or days in village squares to meet residents, who may live far from the nearest shops.

The range of services is continually growing, and includes fruit and veg sellers, travelling doctors, hairdressers, and even dog groomers.

It comes as one Ifop study found that 51% of people living in rural France feel "abandoned" when it comes to the availability of shops, goods, and services.

In Alsace, for example, hairdresser Maxime Harter travels to small villages every week with his mobile hair salon, which cost him €100,000 to buy and convert.

Every Wednesday, he goes to Hunsbach, population 653. The converted vehicle offers all the comforts of a hairdressing salon, in an area where there is no barber or salon within a ten-kilometre radius.

A smartphone repairer has also decided to start roaming in Alsace.

With his ‘iTruck’ van, Vladimir Oswald sets up shop in supermarket car parks, and repairs customers’ devices while they do their food shopping.

Mr Oswald, who hopes to expand the business to 100 mobile vans within the next five years, said: “There is a real lack of services related to digital technology [in rural areas].”

The idea of a mobile truck is also often accompanied by a change of career for those who embark on the adventure.

In the Pays de Caux region of Normandy, dog groomer and animal lover Magali Marie travels to the villages to offer a local service, with her fully-equipped van.

Ms Marie told Paris Normandie: “I love to drive, but I have clients who don't drive, others whose dogs are sick in the car, or are totally stressed at the idea of leaving their master. With me, animals and humans stay together, on their own terms.”

One of his happy customers said: "Normally it's a 60-kilometre round trip to go shopping, so it's great that he's here.”

Mr Garzo said: "It has become apparent that there is a great demand for local shops and local products.”

Young doctor Martial Jardel decided to help tackle the lack of health professionals in remote areas by embarking on a tour of France in his campervan.

He visited villages where there is normally only one doctor, to help give them a break.

One such example was Lézat-sur-Lèze in Ariège, where Dr Jardel’s arrival offered respite to the local GP, who could finally take a holiday without ‘abandoning’ his patients.

How can I set up shop in France?

To become a mobile trader in France, you must apply for a professional card and register with the trade and company register, and then apply to the relevant authorities directly for permission to occupy public space on a given site.

The trend comes as Prime Minister Jean Castex announced an €8.4billion plan to improve access to public services in rural areas, including offering more support for village cafes and shops, and mobile vans to help people access help for filling in official forms and more.

20 hours ago
3
Visitor visa for France: How do we prove we own our second home?