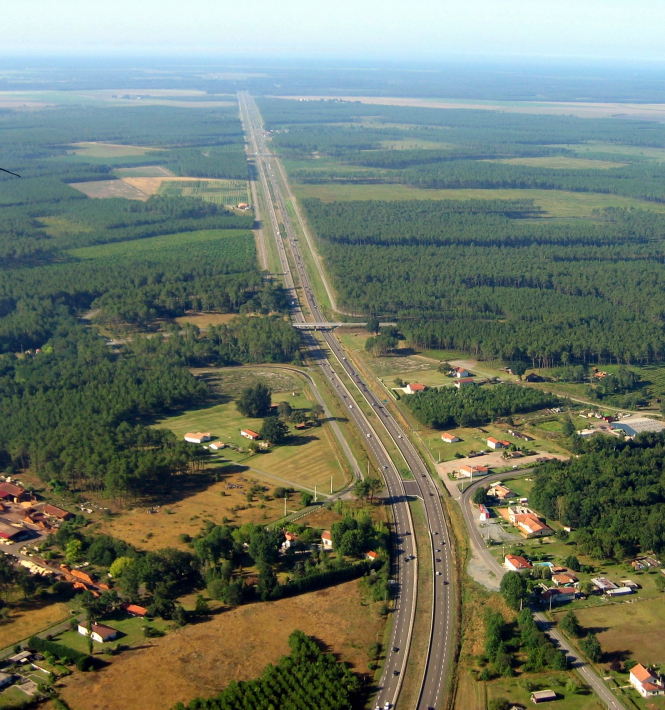 The A63 in the Landes
By Connexion journalist

A passenger in a vehicle travelling along a motorway in southwest France was taken to hospital after being shot.

The 61-year-old Dutch tourist was hit in the shoulder as the car was travelling on the A63 near the town of Liposthey, in the Landes, at about 13:00 on Sunday. He was taken to hospital in Mont-de-Marsan, where his wounds are not thought to be life-threatening.

An investigation has opened into the incident. A hunt was taking place in the area at the time and police believe the tourist's injuries may be linked to that. If confirmed it would be the third hunting accident in the Landes over the weekend, the newspaper Sud Ouest reports. Two hunters in Aurice were shot in the legs, while in Parentis-en-Born, a sexagenarian was hit by shotgun pellets in the lower abdomen.

The trio of incidents in southwest France themselves follow the headline-making story on Saturday of a deer that took refuge at a construction site in the Oise to escape hunters.

The exhausted animal remained on the road at the side of the site, where a housing estate is being built in Compiègne, for several hours before returning to the forest under the watchful eye of police officers called to the scene after animal rights activists arrived, demanding that the deer be rescued and treated.