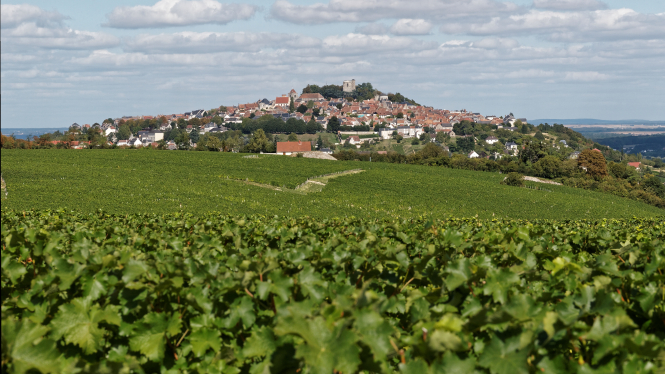 A village in central France has beaten 13 others to be named ‘France’s Favourite Village’ for 2021.

After weeks of voting, Sancerre, in the Cher department, was named successor to Hunspach, Bas-Rhin for the title Le Village Préféré des Français in a special programme on Wednesday, June 30, presented by Stéphane Bern.

The hilltop village, surrounded by vineyards for the world-famous wine, beat Fresnay-sur-Sarthe, in the Sarthe, into second place in the annual contest, which marks its 10th anniversary this year. Samois-sur-Seine, Seine-et-Marne, finished third of the 14 nominated communes.

Connexion reader Tony Collard and his wife have been coming to the village of fewer than 1,500 people for more than 40 years, and have owned their own property there since 2008. He said: “It’s very quiet except during the harvesting season - it’s very much an agricultural area with the vines, so you do get quite a bit of traffic at certain times.

“It’s a very nice place - very agreeable. The vineyards extend to quite a large radius and there are pretty little villages all around the area, with fantastic restaurants varying in price from €13 for four courses and wine, to €74.”

Mr Collard said they had recently returned to France from their London home for the first time in nine months, because of the health situation. “Now it’s a battle with nature, which has taken over us a little!” he joked.

“The people are very friendly - most of them speak English and like to speak English. And there’s quite a lot to do around here.

“You’ve got canoeing on the Loire; you can rent a boat from a nearby village and go down the canal; then, there’s cycling. There’s a very good cycle shop which rents out bikes - and electric bikes for older people, because it’s hilly. Electric bikes take all the effort out of it.

“There are art galleries and, of course you have the wine, which is world famous - as is the chavignol goat’s cheese which is made in a nearby village.”

Sancerre can expect many more tourists after the vote. The competition is something of a tourist springboard for the winning village and it is likely to be especially popular given the continuing health situation and the likelihood that more French people will holiday at home rather than head abroad.

Each year, the show strives to represent France in its diversity, from metropolitan France to its Overseas Territories. This year, the latter were represented by the Guadeloupean village of La Désirade, which came 5th in the ranking.