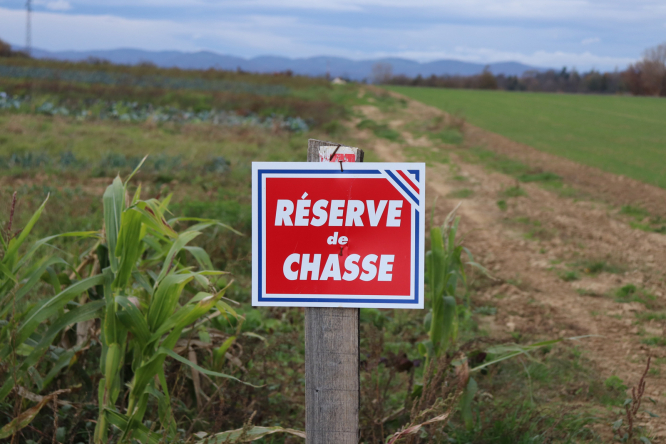 Socialist Dr Viard says that hunting is often seen as part of the rural identity and 'attacking it can be seen as towns telling the country how to live' Pic: EBASCOL / Shutterstock

The death of a motorist by a hunter’s bullet that ricocheted off a stone next to a dual carriageway has swung the spotlight back on to an activity entrenched in rural culture.

Blood sports create a dilemma for President Macron. He knows that whatever votes hunters might provide will be matched by those from the anti-hunt and environmental brigade.

Sociologist Jean Viard, of Sciences Po university in Paris, said: “He might ban hunting on Wednesdays, which wouldn’t make much of a difference as few hunt on that day anyway.

“That is the kind of measure that would upset no one.”

A petition to ban hunts on Sundays and Wednesdays is gathering momentum. Greens presidential candidate Yannick Jadot wants to ban them on weekends and school holidays.

It is a long-running debate.

Most EU countries have a hunt-free day

A 2000 law briefly made Wednesdays hunt-free, but was later overturned by MPs.

Dr Viard said a reason for the recent focus on hunting accidents could be due to more people moving from town to country due to the pandemic.

“If you have more people out walking, because nature has assumed a new importance, there will be more problems between different types of people using the countryside.”

Dr Viard added, however, that hunting is often seen as part of the rural identity and “attacking it can be seen as towns telling the country how to live”.

The calls for a ban come as high-profile accidents reignited the debate over hunting rules.

The most talked about was the bullet that hit a 67-year-old motorist near Rennes in early November and led to his death a few days later.

Police have opened a manslaughter investigation.

Other recent events included a 29-year-old hunter who was left in a critical condition after being shot in the chest, and a football match in Compiègne that had to be delayed after a deer being hunted by hounds got stuck in a stadium fence.

A retired couple also reported their car being hit by a stray bullet as they drove near a hunt.

Every hunting season comes with deaths and injuries

The season's injuries and deaths mostly concerning hunters themselves, with 11 deaths in the 2019-20 season and 421 since 2000, according to figures from July 2020. Hunters point to a slight reduction in accidents and deaths over the last 20 years.

The petition to the Senate by the Un Jour un Chasseur group was launched after a 25-yearold was shot dead by a hunter who mistook him for a boar as he cut wood in his Lot garden.

It has now garnered 120,000 signatures, meaning follow up action must be taken, such as a Senate debate, though Dr Viard said a debate in the Senate, where substantial numbers support hunting, is unlikely to lead to change.

Nor is it likely to do much to stop France’s registered one million hunters, 97.8% of them men, killing an estimated 22 million animals each year.

“However, hunting will be part of the debate, as ecologists will talk a lot about it in the presidential election campaign.”

He said hunting includes chasse démocratique, where locals hunt wild prey such as boar or birds, and the chasse en enclos, where animals are shot in enclosures. The latter is the more controversial, he said.

Wild animal charity Aspas, which has long campaigned for hunt-free Sundays, ran a campaign against the latter, saying there are 1,300 French parks containing 50-100,000 animals. It says some 30,000 animals are raised annually to be released into the wild for hunting.

'Traditional hunts’, involving trapping songbirds by glue, cages and nets were judged illegal under EU laws by Top court the Conseil d’Etat, only for the government to reinstate them.

The Conseil has currently banned them again pending an appeal. Bird charity LPO says France is rare in the EU in allowing a number of endangered ‘red list’ birds to be shot.

Hunters say the sport is needed to keep certain species from proliferating – an argument that is valid for boar and deer, for example, a wildlife expert told Le Monde.

The controversial head of the French hunting federation has also suggested that hunters should work with local authorities to help police “environmental and rural delinquency”.

Willy Schraen said he wanted to offer a “partnership deal” to local elected officials, as hunters have “a role to play in terms of local policing and could contribute to the surveillance of country areas”.

The number of hunters in France, where the sport is more popular than in the rest of the EU, has dropped to just over one million licence-holders, from more than 2.5 million 25 years ago. Even so, the national hunting federation claims annual newcomers to the sport are up 41% in the last seven years, and the proportion of women is rising, at around 10-15% of new candidates.

Senate to debate hunting rules as another accident occurs in France