The monthly warning siren in France: What does it mean? 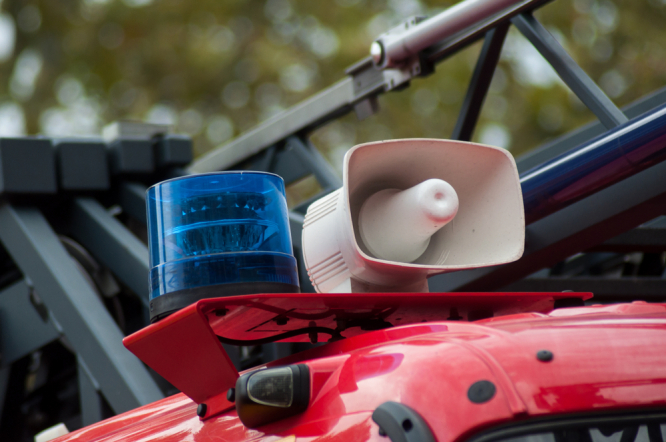 The 4,500 sirens of the Réseau National d’Alerte are supposed to sound a warning in the event of a major incident in France. Pic: NeydtStock | Shutterstock

Sirens sound on the first Wednesday of each month across France (and Monaco notably). Do you know what they mean?

The history behind the monthly sirens in France

Dating back to the Second World War, the 4,500 sirens of the Réseau National d’Alerte are supposed to sound a warning in the event of a major incident such as a cloud of toxic gas or nuclear accident, or another imminent local catastrophe such as a dam break.

Official advice from Interior Ministry says that, on hearing the siren, people are supposed to know about likely local dangers and move to avoid being affected.

The two different sirens: One for testing, one for real-life situations

The alarm siren is different from the monthly reminder, which sounds for just one minute at noon on the first Wednesday of every month.

In a real alarm, it sounds for three sequences of one minute and 41 seconds in a rising and falling tone with a five-second gap between each sequence. The end of the alert is indicated by a 30-second siren sound.

The government is also looking at ways of updating the system.

Sirens are already used in some communes to summon volunteer firefighters.

What to do when you hear the sirens

In most cases, this means to head for a closed area or room without windows or air-conditioning, block up any gaps around doors and air vents and switch on the radio to hear France Inter, France Info or local stations.

Downstream of a dam it could mean to head for the nearest high ground.

However, a study by Ifop showed that 78% of people would do nothing if they heard the siren.

Of the remaining 22%, one in three would lock themselves in and stay at home, one in five would seal all windows and doors, one in seven would turn on the radio to listen for information messages and one in four would set off another alarm.

One in 25 would take an iodine pill.

People are warned not to:

Resources for what to do in an emergency in France

Do you know which emergency number to dial?

22 hours ago
2
Map: Gastro outbreaks on rise in France - which areas are worst hit?

6 hours ago
4
France considers petrol cheques: What are they, who would benefit?