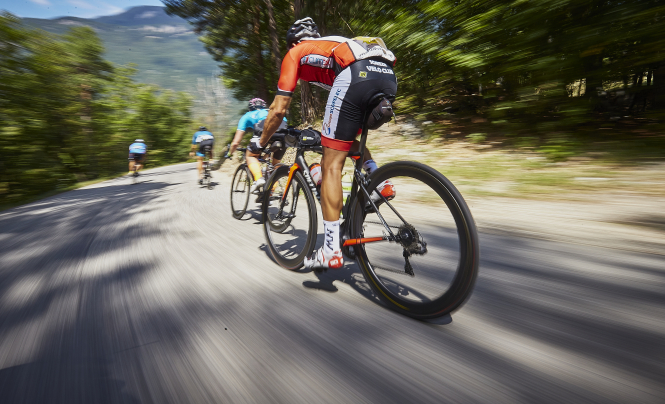 The first plan, which organisers hope to follow, involves minimal safety measures such as physical distancing and preventative measures (washing hands, sneezing into the elbow, wearing a disposable mask when ill, etc), which are to be applied at all times.

The second plan involves stricter measures and will be trialled at the Critérium du Dauphiné, a key warm-up race to the Tour de France.

The two plans are intended to be interchangeable, according to French sport publication l’Équipe, and can be deployed depending on the severity of the Covid-19 situation when the race starts at the end of August. It is not clear yet to what extent mask-wearing could be enforced for spectators.

The scenarios are the result of a joint initiative involving the Ministries of Interior, Health and Sport, and the organisation that runs the Tour de France, Amaury Sport Organisation (ASO).

Christian Prudhomme, the director of the Tour de France, denied that a second wave of the Covid-19 pandemic could affect the Tour de France when asked about it by a journalist from Belgian newspaper La Dernière Heure.

“No, the authorities asked us from the beginning to work on several scenarios and it [the second wave] is part of the considerations so we are therefore prepared for it,” he said.

He has previously stated, however, that since security measures have already been heightened in recent years due to anti-terrorism measures, this years protocols should not appear 'dramatically' different from usual.

A more detailed breakdown of the plans is expected to be released to the public in the coming weeks.

Certain other safety measures have already been announced in order to limit the possibility of spreading Covid-19, such as limiting fans’ and journalists’ access to certain areas, and reducing the number of support vehicles.

In some cases, for example, fewer people may be allowed to enter certain popular mountain pass areas, or access may only be to people on foot or bike.

Another effect of the coronavirus pandemic is that this year’s Étape du Tour has been cancelled.

The ‘Étape’ is an event that allows amateur cyclists to ride the same route as one stage of the professional race.

It is usually held on a rest day in early July, but had been rescheduled to take place on September 6 this year. However, race organisers announced yesterday (July 28) that this year’s event would not go ahead due to issues caused by the pandemic.

“In view of the difficulties that many participants had in making themselves available for this date, and in particular the large number of those coming from countries around the world, it has been decided to postpone the Étape du Tour de France until 2021,” organisers announced in a statement.

The statement added that the race will be rescheduled for next year for a one-off special event, following the same route that had been planned for this year.

“All of the cyclists entered for this year are, if they wish, automatically entered for the 2021 event. If not they will receive a voucher corresponding to the price of the race bib and any options that may have been purchased,” the statement read.

Meanwhile next year’s Tour de France has been brought forward by one week in order to avoid clashing with the Tokyo Olympics, which itself was postponed by one year due to the Covid-19 pandemic.

This year's Tour will take place between August 29 and September 20 and will begin in Nice on the Côte d'Azur before coming to a close on the Champs-Élysées in Paris.