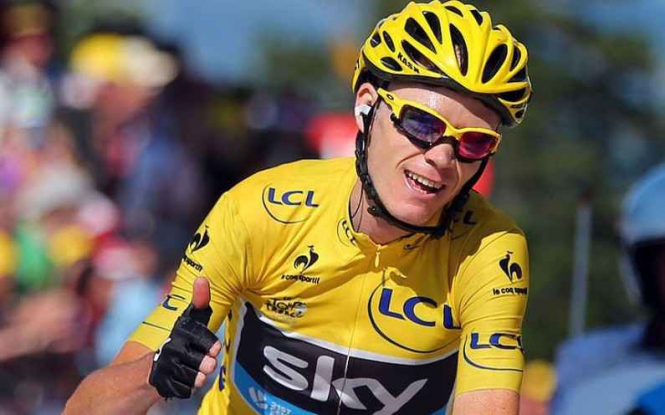 Chris Froome, the defending Tour de France champion will line up at the start of this year's race as expected, after organisers agreed to accept his entry following the decision of the cycling's governing body to drop an anti-doping case against him.

Tour director Christian Prudhomme told the Reuters news agency that Froome's registration documents would be approved for the race which starts on Saturday, after the four-time winner had earlier been barred pending the resolution of the Anti-Doping Tribunal.

The decision brought to a close a chaotic 36 hours, in which the four-time champion's registration for this year's race was initially refused by the Armaury Sport Organisation (ASO), citing Article 29 of its own rules - which state that it, “reserves the right to refuse the participation in – or disqualify from – the event, a team or one of its members whose presence is liable to damage the image or reputation of ASO or those of the event”, according to Le Monde.

That prompted Team Sky to appeal against the decision, which - until Mr Prudhomme's announcement on Monday afternoon - was scheduled to be heard in the court of arbitration of the Comité national olympique du sport français on Tuesday, four days before the Grand Départ in the Vendée.

On Monday morning, governing body UCI said in a statement that the World Anti-Doping Agency (Wada) had accepted that sample results from the 2017 Vuelta a España – which showed a high level of salbutamol – did not constitute an adverse analytical finding (AAF).

The statement said: “The UCI has considered all the relevant evidence in detail (in consultation with its own experts and experts from Wada). On 28 June 2018, Wada informed the UCI that it would accept, based on the specific facts of the case, that Mr Froome’s sample results do not constitute an AAF.

“In light of Wada’s unparalleled access to information and authorship of the salbutamol regime, the UCI has decided, based on Wada’s position, to close proceedings against Mr Froome.

“Whilst the UCI would have obviously preferred the proceedings to have been finalised earlier in the season, it had to ensure that Mr Froome had a fair process, as it would have done with any other rider, and that the correct decision was issued. Having received Wada’s position on 28 June 2018, the UCI prepared and issued its formal reasoned decision as quickly as possible in the circumstances.”

Following the ruling, it was widely predicted that ASO would reverse its decision - which it did with Mr Prudhomme's announcement.