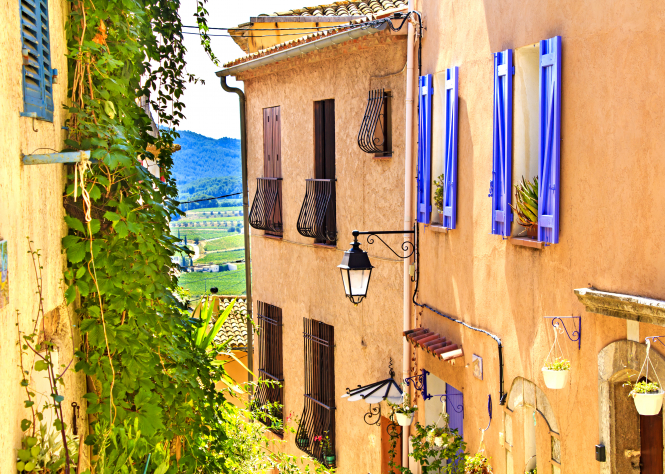 A view to the countryside visible through quaint buildings in a village in Var, South France Pic: Rrrainbow / Shutterstock

Paris has been knocked off the top spot for summer Airbnb rentals in France for the first time in the site’s history.

The number of properties being rented this summer in the Var, a department in the Provence-Alpes-Côte d’Azur region of France, are more than double those rented in the capital.

The same trend away from city centre holidays is occurring across the globe this summer, Airbnb co-founder Brian Chesky said in a press conference on May 24.

In Italy, Sicily is more in demand than Rome; in the UK, Cornwall has trumped London; and in Spain, Costa Blanca is more popular than Barcelona.

Globally, destinations by the sea or in the countryside are becoming more popular.

This represents a significant change from trends before the health crisis.

Figures released by the company show that in 2015, only 10% of global bookings were in rural locations. In 2021, these have risen to account for 45% of all bookings in France.

Country retreats accessible by car most popular in France

Airdina, a website that tracks Airbnb data, found that the number of Airbnb listings in France had increased between February 2020 and February 2021, especially in countryside areas including “the Loire Valley and north to Brittany, where small towns and beach resorts have continued to attract guests”.

It found that the town with the largest increase in bookings in the past year was Montrichard, Centre-Val-de-Loire.

The 150% increase in demand is thought to be because it is “a short drive from urban centres like Paris, Lyon and Nantes, offering relative remoteness and many accommodation options for its size”.

Other small French locations that have seen a large rise in bookings were smaller towns within driving distance of Paris.

If France follows global trends, the most popular type of properties for this summer are likely to be family-friendly.

4 days ago
2
France’s vaccine pass begins today: how and where will it be used?

2 hours ago
4
French vaccine pass ruled to be constitutional, it will begin Monday