What is known about the eight suspected Omicron cases in France 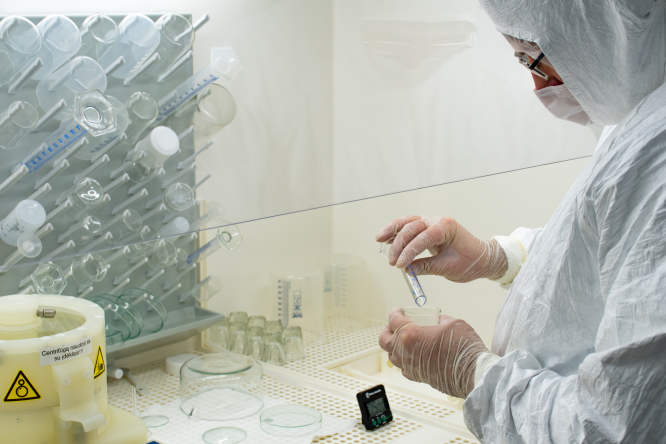 [Update November 30 at 14:30 - several positive Covid cases recorded in Bouches-du-Rhône are suspected to be linked to the Omicron variant, but sequencing is still underway to determine whether this is definitely the case.]

Earlier in the day, Health Minister Olivier Véran stated that it is “very probably a matter of hours” until a case is confirmed.

The possible cases relate to eight people who had been in Africa in the last 14 days, and who are now isolating along with their close contacts.

These people all had a “negative screening for the mutations found in other variants” such as Alpha, Beta or Delta, and sequencing is underway to determine whether they have been infected with the Omicron variant.

The results of these tests may not be available for several days.

Mr Véran has said that “we are carrying out between 6,000 and 12,000 sequencing processes each week.

“While I am talking to you, whether there are – or not – one or two or ten cases of people infected by this variant circulating around Europe, and perhaps France, it does not impact the nature of the epidemic wave which we are experiencing,” he added.

“This is a wave which is already linked to a very contagious variant: Delta.”

France is now requiring any close contacts of a confirmed Covid case to self-isolate for 10 days, whether they are vaccinated or not, but no further restrictions have yet been announced.

All flights from South Africa, Botswana, Eswatini, Lesotho, Mozambique, Namibia and Zimbabwe to France have been suspended until December 1 at least.

Arrivals from Mayotte and Réunion are also now subject to stricter entry requirements, and must be able to present a negative Covid test from the last 48 hours.

Since it was first detected in South Africa, cases of the Omicron variant have been recorded in European countries including Belgium, Germany, the Netherlands and the UK.

The World Health Organisation is urging countries to “keep their borders open” and to “adopt a scientific approach” based on the “evaluation of risks.”

South African president Cyril Ramaphosa has called for an “immediate and urgent” relaxation of the travel restrictions imposed by several countries on southern Africa, describing them as “discrimination.”

The Health Ministers of the G7 countries are attending an emergency meeting in London today (November 29), to discuss the “evolution of the situation.”

Does Omicron cause different symptoms to the other variants?

Initial studies have suggested that the Omicron variant is highly contagious, but that it has only caused mild symptoms among infected individuals.

Dr Angelique Coetzee, the president of the South African Medical Association who was one of the doctors to raise the alarm about the new variant, mentioned the presence of a cough but not a change or loss of taste or smell.

She told The Telegraph that the patients she has seen – who were mainly young and healthy – presented different but more benign symptoms than those infected with previous variants.

Patients have reported a marked feeling of fatigue lasting one or two days, as well as muscle pains, fever and/or a fast heartbeat. Most people appear to feel better after 48 hours, and if they have a cough it is not normally very intense or accompanied by difficulty breathing.

“We had one very interesting case, a kid, about six years old, with a temperature and a very high pulse rate, and I wondered if I should admit her. But when I followed up two days later, she was so much better,” Dr Coetzee said.

She added that she is concerned about the effect of the new variant on older, unvaccinated people or on those who have health conditions such as diabetes.

The WHO has said that Omicron presents a “very great risk,” but stressed the uncertainty that surrounds the new variant.

“To this day, there have been no deaths recorded in relation to the Omicron variant,” it added.

Nearly one million booster appointments have been booked in France this weekend, according to figures from Doctolib.

Around 64% of these reservations were made by people under 50.

Approximately 6.5 million people in France have had their 3rd injection, which is equivalent to 10% of the population in France.

To date, 19 million people can access their booster dose. However this number will rise as time goes past the nearly 51 million people who are fully vaccinated become eligible for their additional vaccine dose (five months after their second).

Yesterday, 31,648 Covid cases were recorded in France, according to Santé publique. This time last week, this figure sat at 19,749.