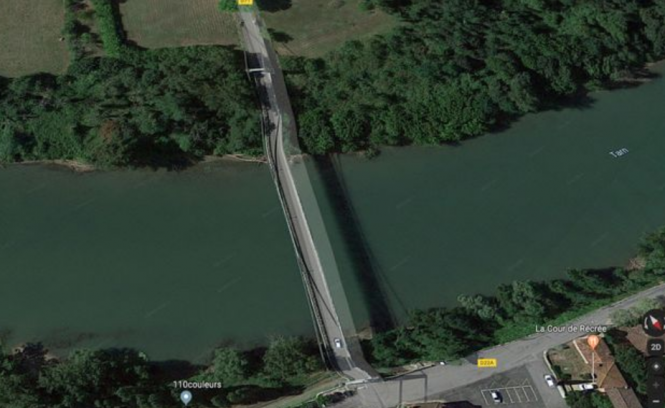 A teenager has died, several others were seriously injured and a number of other people are feared missing after a bridge collapsed north of Toulouse early on Monday, November 18.

The 15-year-old was a passenger in a car on the Mirepoix-sur-Tarn suspension bridge when it collapsed at about 8.30am. A truck and possibly a third vehicle also plunged into the river, reports say. Four people, including the victim's mother have been rescued, but emergency services believe they have not accounted for all the victims.

A number of people are being treated for serious or life-threatening injuries, including witnesses and members of the emergency services who tried to reach victims.

"It seems that at least one truck, one car and perhaps one van have disappeared into the watercourse," Toulouse prosecutor Dominique Alzeari said.

A total 80 firefighters, dog teams and divers as well as two helicopters are on site to search for victims.

"Many rescue resources are engaged (...) for a bridge collapse on the commune of Mirepoix sur Tarn," emergency services said on Twitter, adding that the departmental road D71 was cut off. "Please avoid the area and facilitate emergency access."

The lorry that reportedly crossed the bridge over the river Tarn at around the time of its collapse appeared to be over the permitted maximum 19-tonne weight, according to early reports published on the website of regional newspaper La Depeche du Midi.

The bridge, which is 155 metres long and six metres wide, was built in 1931 and renovated in 2003 by the conseil départemental de Haute-Garonne. An inspection in 2017 revealed no issues.