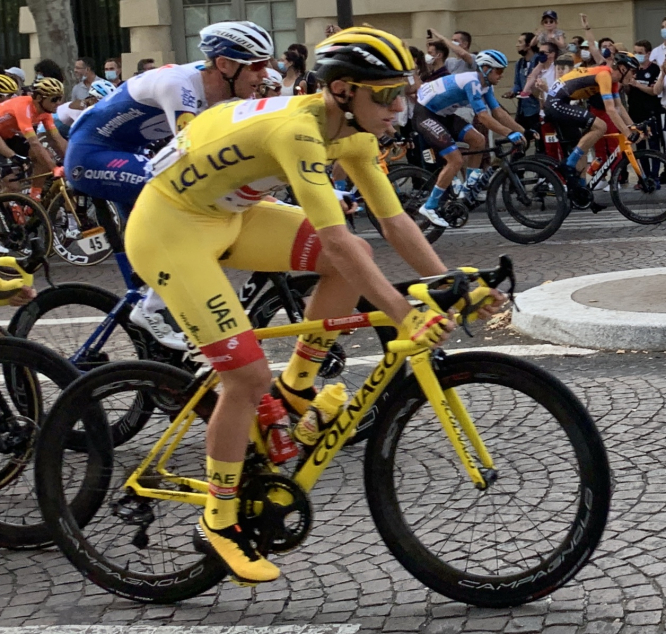 Tadej Pogacar is a name that has sprung to international attention since he won the 2020 Tour de France.

This year's race was always going to be different - coronavirus ensured that. It prompted masked team presentations in Nice and forced director Christian Prudhomme to self-isolate after testing positive for the virus. But it turned into one of the most enthralling races for years, thanks in no small part to eventual winner, Slovenian rider Pogacar - who won the race from compatriot Primoz Roglic, who finished second.

But who is the young racer from Komenda, who now lives in Monaco with his partner, fellow Slovenian professional cyclist Urska Zigart?

According to one story, he was spotted by Road World Championship medallist Andrej Hauptman, who is also head coach and head of selectors for the Slovenian national cycling team in 2011, when he was riding some 100m behind a group of much older riders in a race.

Thinking the young rider was struggling to keep up, Hauptman urged race organisers to provide some assistance - only to be told the younger rider was in fact about to lap the group he was chasing.

22 hours ago
3
French farmhouse renovation: DIY tricks to get rid of rats