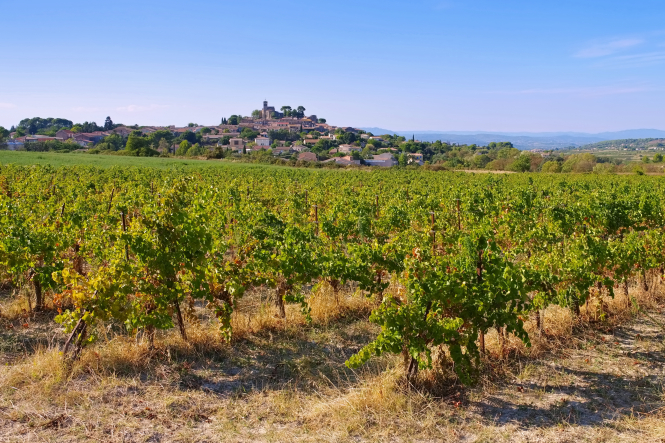 Saint-Pons de Mauchiens (pictured) is a circular village that grew around a castle during the tenth and eleventh centuries, and which now has a church at its centre Pic: LianeM | Shutterstock

The southwest of France rightly relishes its rich heritage of medieval bastides, those rectangular villages built to a geometric grid plan around a central square. Historians and visitors alike have walked their regular streets, marvelling at the ingenuity of the medieval town planner and appreciating the logic of how daily life was organised.

But grids and right-angles aren’t everything. For some medieval builders, the circle was the thing.

In 1987, an architect and town planner published an article in the journal highlighting the significant number of round villages dotted about the Languedoc region, and especially in the Hérault, Aude and Gard departments.

The article described how these villages, with their concentric circles of dwellings built around a nucleus – often a church, place, or castle – were the first examples of mathematical medieval town planning in Europe, preceding the famous bastides of the thirteenth and fourteenth centuries by around two hundred years.

The author proposed that these circular villages were the result of a mathematical model of spatial organisation. The settlements were believed to have been planned systematically using a rope attached to a central stake to create the radius of a circle.

This innovation was attributed to the patronage of the noble Trencavel dynasty of Carcassonne-Béziers, powerful at the end of the eleventh and beginning of the twelfth century.

The revelation about such early, innovative town planning was manna from heaven for the region’s small villages, whose youngsters frequently moved away to towns and cities for work. One medieval circular village, Paulhan, proceeded to form the Association des Villages Circulaires to valorise and promote its members’ special circular status.

The list of villages in the south of France which could tick all the boxes on the association’s checklist, which required applicants to prove medieval origins and supply aerial photographs, began to grow. A new word was created to describe them – circulades.

Journalists started to write about their mysterious and mythical origins, waxing lyrical about the spiritual symbolism of the circle. And as the internet took off, so tourism websites began to promote their region’s more diminutive and off-thebeaten- track circular villages.

This tidal wave of interest on the back of a sudden discovery should, however, come with a caveat. Although the architect who wrote the article, and then a book on the subject, offered a compelling thesis, one that clearly helped to promote regional heritage, historians ever since have stressed the multiple reasons for these villages’ circular forms, and that there is no one, simple or symbolic explanation for their development.

The creation and expansion of each circular village depended on many different factors, often dictated by topography. Some grew up around a castle and moat, others around the church, the spiritual centre of every medieval Christian’s life.

Those that now have an empty square – or perhaps we should say place – at their centre almost always had originally either a church or castle that has since been destroyed.

Take Fourcès, for example. For many years it was considered to be a thirteenth-century bastide, but the discovery of an eleventh-century charter naming Fourcès, and built around a castle long-since disappeared, proves otherwise (see right).

And while the 1990s’ word circulade has gradually fallen out of usage, many circular villages in the south of France continue to promote arcs rather than angles, and to cast a spell on their visitors. The clamour in the 1990s and 2000s to become a member of the circulades club often rested on the village’s ability to supply an aerial photo to reveal the required perfect concentric circles.

Today, however, to appreciate the enduring character, history and heritage of these charming villages requires nothing more than meandering around their winding streets.

Fourcès can lay claim to being the only circular village in Gascony. From the eleventh century the village’s buildings sprang up around a castle in the central place, the settlement’s presence documented in a charter of 1068.

In 1289 the victorious Edward I of England granted the village a customs charter, thereby bestowing it with bastide status. The thirteenth-century clock tower is one of the oldest survivors among the circle of medieval, seventeenth- and eighteenth-century houses, and forms a picturesque remnant of the round village’s past.

The castle is no more, but in its place plane trees create a tranquil spot where locals meet to pass the time of day and play boules.

Bram shouts its circular medieval heritage from the rooftops – or more specifically from its website. It is the largest, and most complete example of a round village in Occitanie.

Although historians cannot be sure of the settlement’s medieval circular origins (in antiquity it was called Eburomagus), the general consensus is that in the eleventh century an initial ring of buildings grew up in a circle with a diameter of around 75 metres, probably under ecclesiastical authority, and defended by a moat.

The diameter had doubled to nearly 150 metres by the twelfth century, its buildings gathered in concentric circles around a castle under seigneurial rule. The church of Saint-Julien is mentioned in the historical record for the first time in 1210. By the fourteenth century the castle had moved to the north of the central church, and the village’s inhabited diameter reached 195 metres. Bram’s layout proves that here at least the medieval church, not the castle, was at the core of village life.