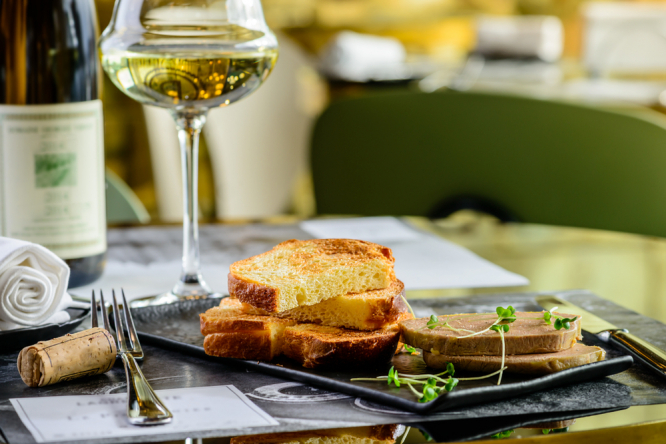 Get the recipe right and some can't taste the difference between lab-grown foie gras and the alternative (stock image). Pic: smspsy / Shutterstock

A Paris-based start-up has created lab-grown foie gras after two years in development, after raising €10 million in finance to create its first lab-grown meat product.

"We wanted to show that lab-grown meat wasn’t limited to burgers, but could also be gourmet", Nicolas Morin-Forest, who founded Gourmey, alongside Antoine Davydoff and Victor Sayous, told AFP.

Traditional methods of producing foie gras are controversial, as they involve ‘gavage’, or force-feeding ducks and geese to fatten their livers.

It has therefore been banned in places like California. With New York joining them from 2022, lab-grown foie gras could be the solution.

Funding secured by Gourmey will allow the fledgling company to move its foie gras production to a 1,000 m2 site in central Paris, as well as expand their team of around 20 people.

How is lab-grown foie gras created?

Cells are taken from a fertilised duck egg and transferred to an aluminium ‘cultivator’, where they are bathed in a nutritive solution, kept at around 37 degrees.

These cells then divide and multiply, their ‘food’ being adjusted to make them liver cells. After two to three weeks, they are harvested and the texture refined by adding vegetable fat.

The team also works with chefs. "In terms of flavour and texture, we’re 90% there", said Mr Sayous. "Last Christmas, I served Gourmey alongside regular foie gras on toast to my family, without telling them. Some of them were amazed and couldn’t tell the difference", he added.

After scaling up production, which should help keep costs down, the next step will be seeking permission from the health authorities to sell their product.

Currently, only Singapore has approved an American company to sell lab-grown chicken meat, which it intends to use in chicken nuggets. Gourmey, however, will be concentrating its attention on the United States and Asia.

Foie gras made without ‘gavage’ now on sale in France

Parisian photographer shows a much darker side of the City of Light
18 October 2021
More from Food and Drink
More from Connexion
Get news, views and information from France
Join the newsletter
Subscribe to The Connexion