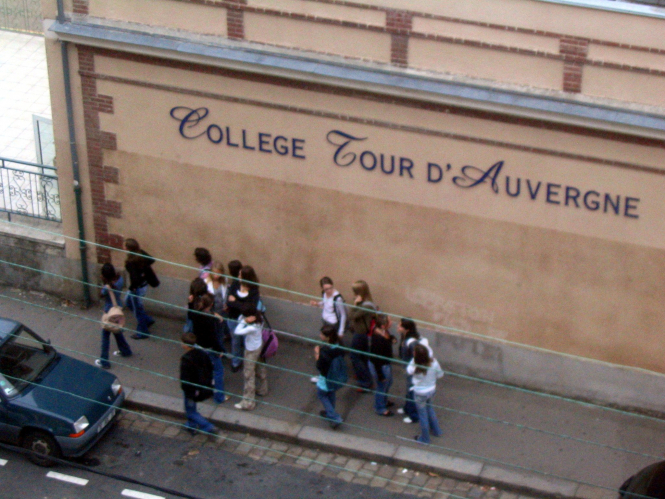 In July, France’s highest administration court the Conseil d’Etat said it would recommend a fine of €10million a trimester for the government if it does not rapidly take more steps to reduce air pollution. It said the government has not done enough since it was alerted to high pollution levels in parts of Grenoble, Lyon, Strasbourg, Reims, Marseille-Aix, Toulouse and Paris in July 2017.

France was also condemned by the European Court in 2019 for going over annual limits for NO2 every year since January 2010. The government says it is tackling the problem to guarantee everyone’s right to breathe clean air and to improve 2016 figures (the latest available) that show there were 48,000 deaths a year due to air pollution.

The effects of highly polluting pesticides and chemicals

In rural areas, concerns centre on pesticides on crops around schools. In the wine-growing area of the Médoc, the association Collectif Info Médoc Pesticides carried out tests in schools surrounded by vines, which showed there were residues of banned chemicals in the playgrounds. There are rules about when and where spraying is allowed but the association claims these are not always adhered to.

This year, the government introduced new regulations for the distance allowed between residential areas and crop spraying. Since January 1, there has to be a 20-metre distance for the most “at-risk” products. For other chemicals, the distance is 10 metres for crops above 50cm tall, such as vines and fruit trees, and five metres for other crops.

How is France reacting? Farmers are allowed to spray pesticides within 5m of rural homes

Why is air pollution the world's main environmental concern?

The World Health Organisation says air pollution is the main environmental concern across the world. The medical evidence is undisputed. It can cause cancer, several heart and respiratory diseases, neurological conditions, problems with fertility and irritations and allergies to the eyes, nose and throat. The number of people suffering from asthma has risen by 40% in France in the past 20 years. The Fondation du Souffle, which researches into asthma, estimates that 15% of new cases are directly linked to air pollution.

What is air pollution?

The main elements measured for air pollution studies are NO2, which mainly comes from vehicle emissions, and particulate matter (PM), which is measured in two sizes, PM2.5 and PM10. They come mostly from incomplete combustion, and are carried in smoke from domestic and industrial chimneys, exhaust fumes from vehicles, and cigarette smoke.

Respire, the biggest national association fighting air pollution, published a study in March which found that 467 schools in Ile-de-France were above recommended levels for outside air pollution from NO2.

Respire president Olivier Blond told Connexion this reflects the situation in other big cities across France, where data has not been collected: “Children right up to lycée age (17) are more susceptible to the health consequences of air pollution, because their respiratory and neurological systems are still developing and so more fragile."

“The long-term solutions have to be at a national level to lower air pollution for everyone, but there are local, low-cost measures that are possible for individual schools. It has been shown that pollution levels can vary within a street, so if we cut down the amount of traffic outside schools, we can make a huge improvement.”

How to tackle air pollution:

June in France saw some positive environmental news, regarding food waste, solar-panelled supermarkets and pesticide fines. Read about it here

What is being done in France and elsewhere?

In Belgium, a law gives communes the right to introduce measures to stop traffic circulating freely at the beginning and end of the school day. During these periods, pedestrians are given priority and very few vehicles are permitted to enter the zone.

The newly re-elected mayor of Grenoble, Eric Piolle, has promised to introduce a Rue aux Enfants in front of each of the city’s primary schools by 2030. He said these areas will be pedestrianised, with trees, plants, benches and limited motorised access. In Paris, mayor Anne Hidalgo has also promised pedestrian zones for drop-off and pick-up times.

Mr Blond said: “Together with parents’ association FCPE, we have drawn up a list of suggestions for parents, who can talk to the school and their mairie.” Parents are advised to use their car as little as possible to take children to school and at least not park too close. They can make sure the subject is raised at school meetings of parent representatives and teachers. They can also ask the mairie to restrict parking in front of schools, introduce zones to limit access to traffic, increase school buses, and ask departments and regions to introduce cycle routes.

"Mowing is harmful to the environment", says Landscape gardener Eric Lenoir. Here's what you should do instead

Air pollution is also an issue within schools. The government introduced an obligatory study of air quality in buildings every seven years – a legal requirement from January 2018 for crèches and schools, and from January this year for collèges and lycées. There can be many sources of air pollution inside buildings, where people spend most of their time, including central heating and cleaning products.

Effects vary from minor complaints such as itchy eyes or skin and sleepiness, to respiratory allergies, cancer and asthma. Mr Olivier does not think the obligatory studies have been introduced in many schools yet, but he does think that crèches, in particular, are making greater efforts.

Read more: how and why global warming is behind France's long allergy season