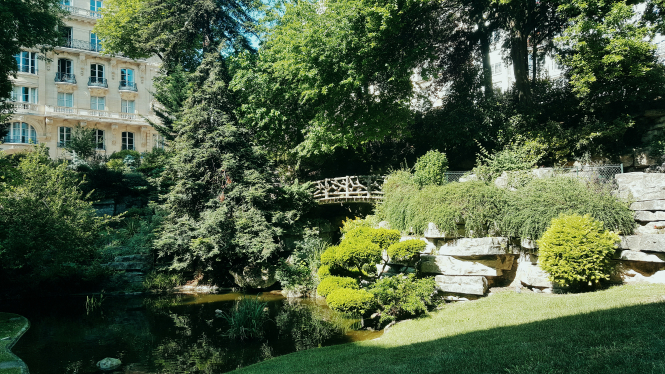 Gardener Eric Lenoir wants you to mow your lawn a whole lot less. Here's why...
By Connexion Journalist

He is trying to change the world of gardening so that mowing the lawn once a week becomes outdated. He is the author of a book Petit traité du jardin punk (Short treatise on a punk garden), and has a vast experimental garden, Le Flérial, at Montholon, Yonne.

“Mowing is harmful to the environment. It takes away the long grasses and wild flowers which feed and shelter insects, birds, small mammals and reptiles,” he told Connexion. “A green, perfectly cut lawn requires an enormous amount of watering, when water is an increasingly precious resource. It is a monoculture, the enemy of biodiversity. In the 1970s, when we were not aware of the environmental impact of our actions, mowing was acceptable. Now the world has changed, and with reports that wildlife populations have declined by 60%, mowing the lawn regularly is crazy.”

Want to eat 'farm to fork'? Here, we explain France's AMAP scheme, which allows French residents to support and shop from their local farmers

The French for a perfect trimmed green lawn is gazon anglais. “I know I might make some enemies among the British!” Mr Lenoir said. “If you have to cut the grass, I would plead you do so in a small area near the house and no more than a third of your garden. You could also cut pathways so you can wander through the long grass you allow to grow.”

He says there are many advantages: “Owners save time for other tasks in the garden. If they employ someone to do the job, they will save money. With longer grass and wild flowers, there will be more insects, which take care of pests and disease will be auto-regulated. One woman with a small garden told me that, after leaving part of it unmown, she had healthier roses because there were enough insects to eat the aphids.”

Whilst you're at it, stop cutting your hedges, say environmental associations in France, in order to protect birds

Many environmentalists now recommend leaving some or several areas of your garden wild. Angélique Daubercies, of Opération Papillon for wildlife preservation charity Noé, said caterpillars, for example, appreciate nettles, indigenous flowers and long grasses, so keeping some areas uncut will encourage butterflies. There are still ways to mow parts of the garden you want to keep as a traditional lawn in a more ecological fashion.

1. Do not cut the grass too short. A height of around 6cm is recommended, as the grass will not be tall enough to go to seed (useful if you are allergic to grasses) but tall enough to allow flowers such as daisies to bloom.

2. Start cutting from the middle to give small mammals or insects the chance to escape. It is not recommended to leave a robot mower running at night because they can kill hedgehogs.

3. There are many advantages to longer grass. It has more leaf surface to take in sunlight, which will keep it healthier, develop a deeper root system, and help it better tolerate drought and disease. It also shades the ground, which reduces the need to water.

4. If you have to water, do so less often but more thoroughly.

5. After mowing, leave some grass cuttings on the lawn to act as a natural mulch and feed the soil.